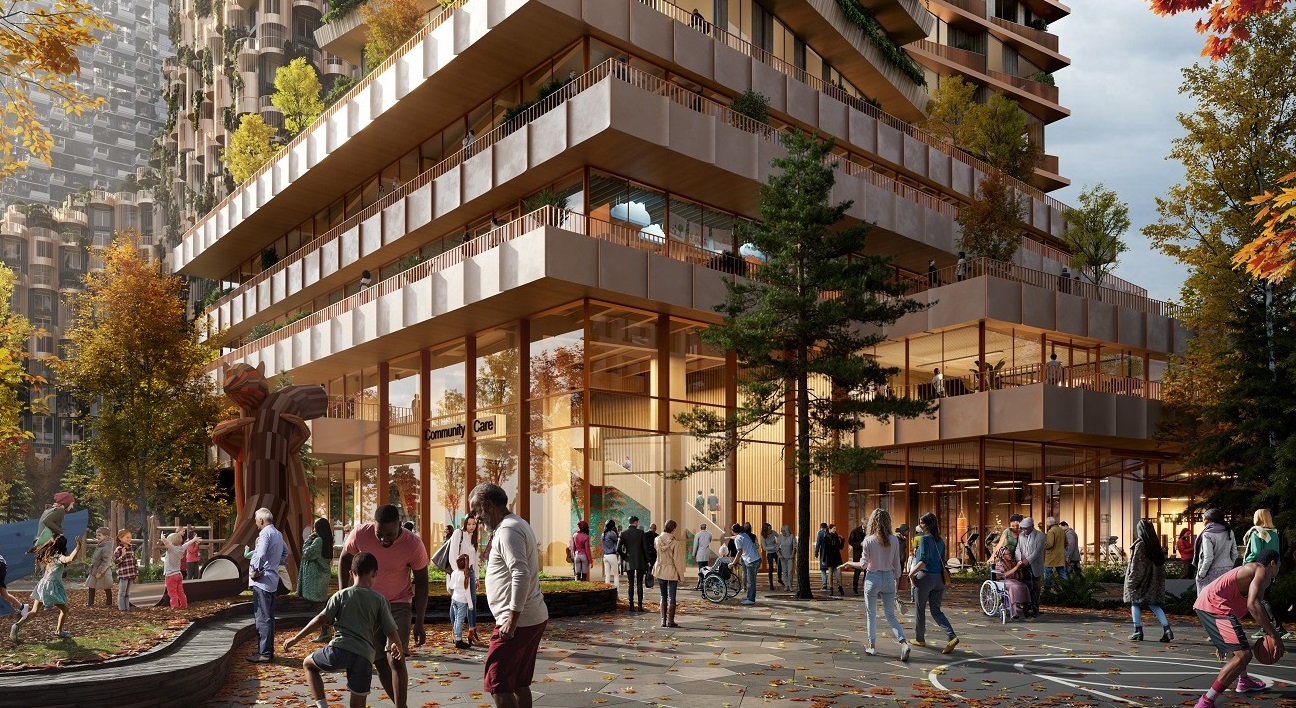 “This agreement is another step toward Quayside becoming the world-class, complete community that Toronto was promised,” said George Zegarac, CEO of Waterfront Toronto. “It codifies the vision for this neighbourhood, and all the hopes that we heard from the public and from our partners in government: Quayside will be a community that is dynamic, inclusive and resilient.”

This announcement comes after QILP was selected in February 2022 through a competitive process. Since then, negotiations have locked in all key commitments from the development partner, including:

The Timber House building at Quayside. Rendering by Adjaye Associates.

“The discussions with Waterfront Toronto that led to this agreement reaffirmed that we share the same values and priorities when it comes to this incredible opportunity,” said Michael Cooper, founder of the Dream Group of Companies.

“Even as the economic climate makes development projects more difficult, the board was pleased to see how this deal advances Waterfront Toronto’s public good mandate and the important commitments made by all parties,” said Jack Winberg, chair of Waterfront Toronto’s Investment and Real Estate Committee.

What to expect from the COP27 climate summit