Clean hydrogen energy will play a major role in the global transition to a low-carbon economy. As a fuel and power source, hydrogen has several attractive qualities: it has been widely used in industry for 100+ years, it is abundant, produces only water when burned, and can be used to decarbonize natural gas and power a wide range of vehicles and industrial processes.

Dedicated hydrogen hubs will be crucial in helping Canada accelerate the development of a low-carbon hydrogen industry. They would bring together hydrogen generators, large energy users, governments, and development partners, fostering collaboration and allowing stakeholders to share development and costs associated with infrastructure and supply chains.

Canada has strong expertise in the hydrogen sector and is already a top 10 producer of hydrogen globally. There is incredible potential for clean hydrogen energy to decarbonize the Canadian economy and contribute to meeting our 2050 net zero goals.

According to the Hydrogen Strategy for Canada, this emerging energy source could reduce emissions by 90 to 190 million tonnes of carbon dioxide equivalent by 2050. However, there are several challenges to the development of the hydrogen sector in Canada. They include high production costs of low-carbon hydrogen and the lack of transportation, storage, and delivery infrastructure.

Today, green hydrogen production, distribution, and use costs are too high to compete with other energy sources, including grey hydrogen produced from fossil fuels. But there are some positive signs that production costs will decline, given the decreasing cost of renewable energy, electrolysers, and new technological advances.

Another important step forward was the recent announcement of investment tax credits for clean technologies and clean hydrogen, which are intended to help spur the transition to net-zero energy and make Canada more competitive. Positive steps forward also include the federal government’s $1.5-billion Clean Fuels Fund (CFF), which is designed to provide the private sector with funding to build new, or retrofit or expand existing, clean fuel production facilities in Canada. The government recently announced that approximately 60 projects have been selected to receive funding under the CFF.

The Canada-Germany hydrogen alliance, which will help establish a transatlantic hydrogen supply corridor, is another important development which is spurring investment in renewable energy and low-carbon hydrogen production in Atlantic Canada. Another exciting announcement was made recently by First Hydrogen, announcing the development of a 50MW green hydrogen production facility to distribute hydrogen within the Montreal-Quebec City corridor for use with light commercial vehicles and other hydrogen vehicles in the region.

As we have seen many times in the past, leading developments in the United States also help Canada support technologies, development and share markets with our largest trading partner; the growth of hydrogen also will follow this historic pattern. In the case of hydrogen, the US DOE has advanced $8Billion to develop hydrogen hubs and the Inflation Reduction Act provides for up to $3/kg for green hydrogen production, both of which are significant game changers supporting rapid growth of hydrogen production and deployment.

There are several ways that Canada could accelerate the development of a low-carbon hydrogen industry:

Overall, the future of clean hydrogen energy looks bright. With the right investments in research and infrastructure, it has the potential to become a major player in the global energy mix, helping to reduce our reliance on fossil fuels and mitigate the impacts of climate change. 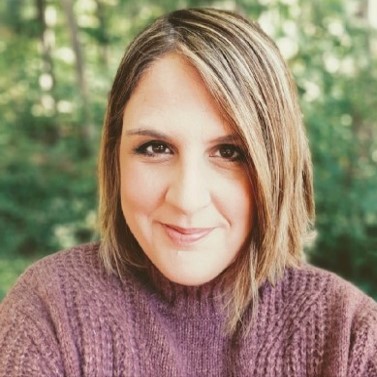 Marie-France Gravelle is GHD’s Future Energy Leader for Canada. She has recently joined the Board of Directors of the Canadian Hydrogen and Fuel Cell Association (CHFCA), which works with stakeholders including policy makers, industry, and the general public to promote the benefits of clean hydrogen. CHFCA represents Canada’s academia, research agencies and other stakeholders focused on advancing the use of clean hydrogen and fuel cell technologies.

New environmental regulations and statutes in force for 2023