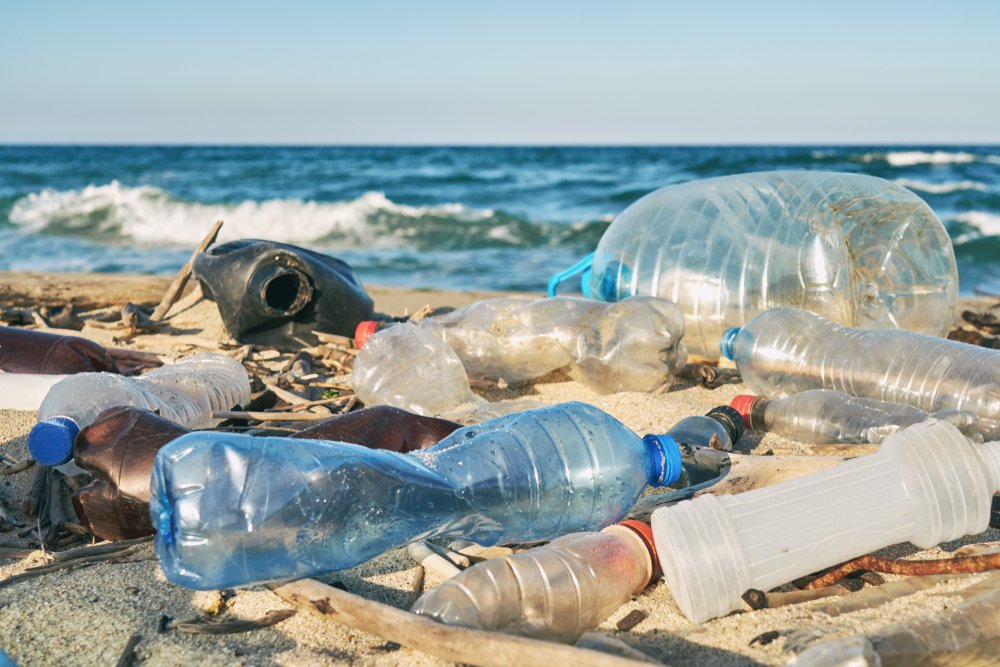 The Government of Canada is moving forward with a comprehensive plan to address plastic pollution in the long term that includes a ban on certain harmful single-use plastics in the short term.

“We are taking action to get plastic pollution out of Canada’s communities and our waterways. The proposed Single-Use Plastics Prohibition Regulations are a big step forward in our goal to reduce plastic pollution and move to a circular economy for plastics,” said Guilbeault. “Smart, clear and collaborative regulations will help drive innovation across the country as reusable and easier-to-recycle items take their place in our economy.”

The draft regulations reflect input received through extensive consultations conducted by the Government of Canada since 2019, including from the tens of thousands of Canadians who expressed their support for banning certain single-use plastics. It is estimated that the regulations would prevent more than 23,000 tonnes of plastic pollution from entering the environment over a 10-year period—the equivalent of one million garbage bags of litter—and their enactment represents both a necessary and a major step in the regulatory process that brings Canada one step closer to delivering on its commitment to banning certain harmful single-use plastics.

It is the federal government’s intent to finalize these regulations and bring the ban into force as quickly as possible and as early as late 2022 after reviewing and considering comments received.

The proposed regulations are grounded in the findings of the Science Assessment of Plastic Pollution, which the Government finalized in October 2020 after examining hundreds of scientific studies and other sources of evidence, which confirmed that plastic pollution is everywhere in the environment and that it has harmful environmental impacts. The Government of Canada will soon publish draft guidance to help businesses adapt to the requirements of the proposed regulations.

The Government of Canada recognizes that plastics that can easily be recycled play an important role in the everyday lives of many Canadians, but that only nine per cent of plastic waste is being recycled right now. That is why these regulations are an important part of a plan to reduce plastic pollution through a comprehensive approach that addresses the entire lifecycle of plastics.

Another key element of the plan will be the establishment of regulated standards to increase the use of recycled content in certain plastic products. The Government of Canada is committed to: 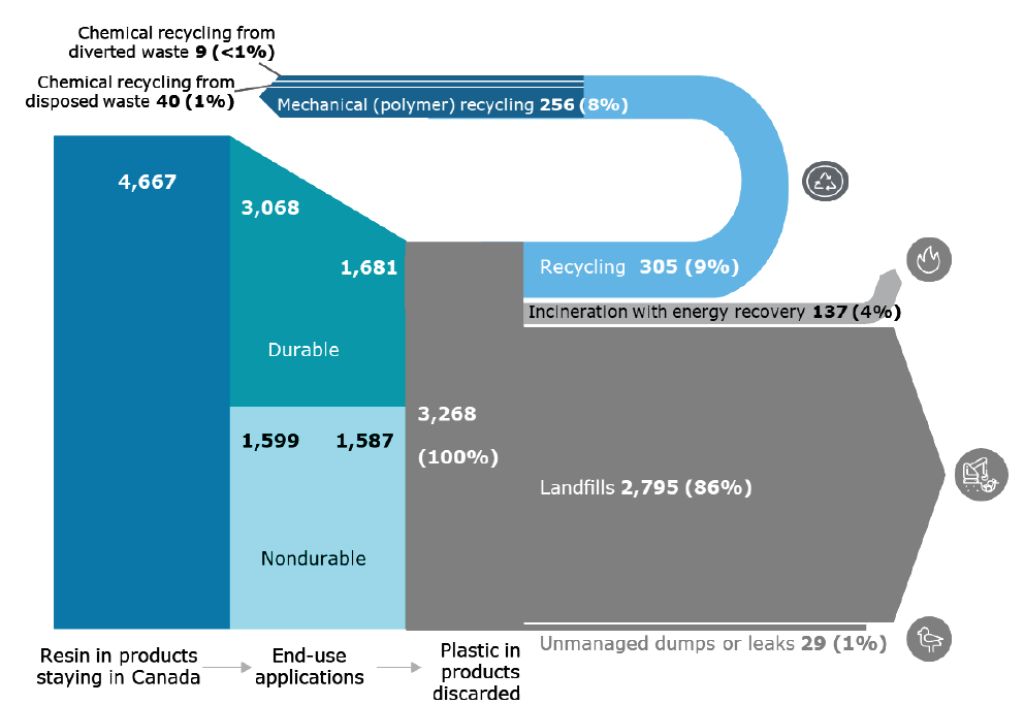 Canada’s plastic flow in the thousands of tonnes. The figure also illustrates findings that the current Canadian plastics economy is mostly linear, as opposed to circular.

Other levels of government also have important roles to play in addressing this challenge and seizing this opportunity, many of which are already taking action. At the local level, municipalities such as Vancouver and Toronto are implementing strategies to reduce single-use plastics, better prevent and manage litter, and improve the management of plastic waste. Several provinces and territories are also taking action to improve the management of plastic waste. Together, federal, provincial, and territorial governments agreed to the Canada-wide Strategy on Zero Plastic Waste in November 2018, which lays out a vision for a circular economy for plastics, as well as a two-phase action plan that the Government of Canada will continue to implement jointly with partners.

The market is already moving forward, with a growing number of retailers and restaurants taking action to avoid single-use plastics. The Government of Canada is working with industry and Canadians to promote the adoption of sustainable alternatives, particularly reusable options, and to transition Canada away from a linear economy—one that takes, makes, then wastes—and to move toward a circular economy for plastics by eliminating unnecessary and hard-to-recycle single-use plastics and increasing rates of repair, remanufacture, refurbishment, reuse, and recycling.

Currently, up to 15 billion plastic bags are used every year and close to 57 million straws are used daily in Canada. In addition, single-use plastics make up most of plastic litter that is found in freshwater environments.

Declaration of intent to form hydrogen alliance between Canada and Germany