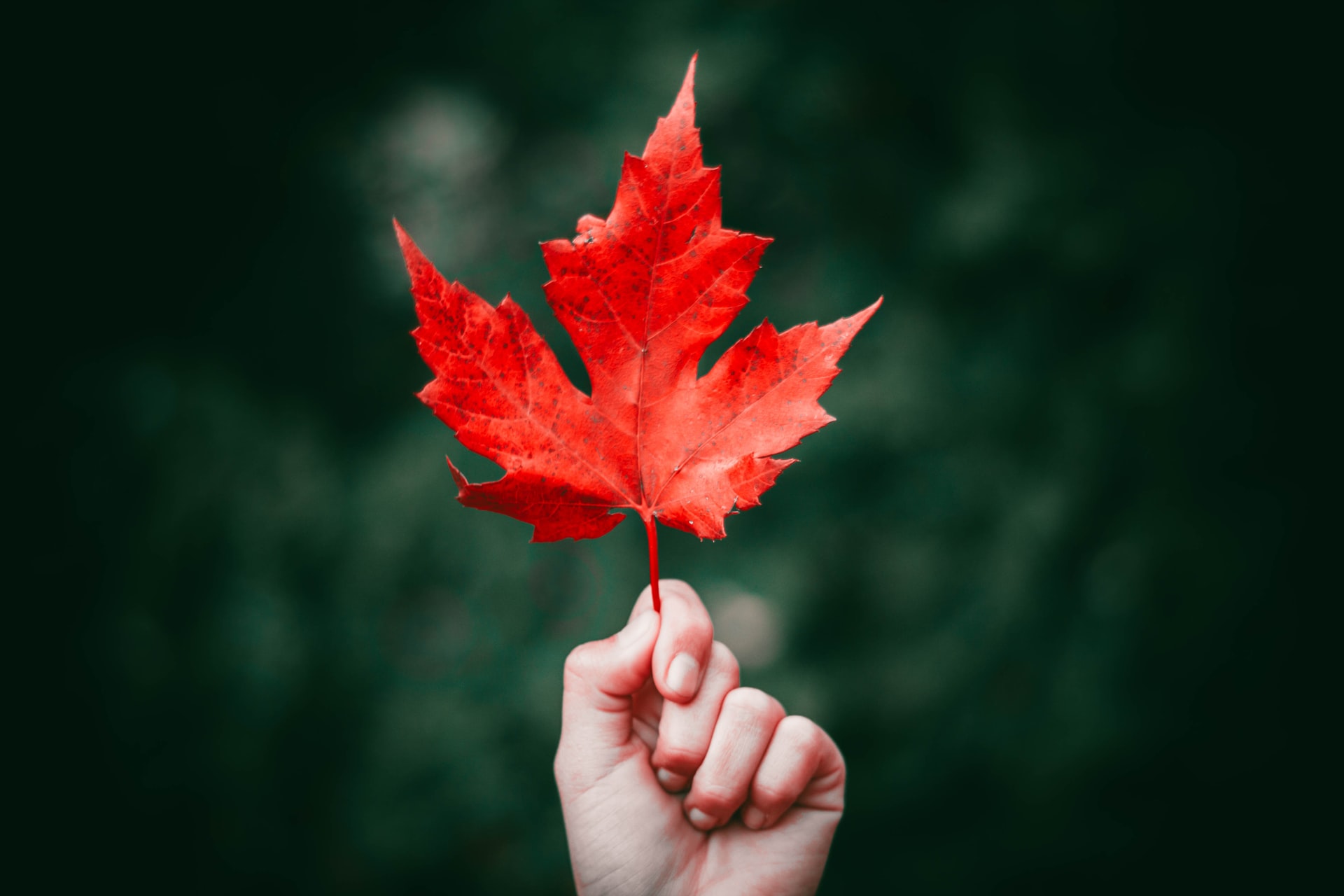 Canada must report regularly on climate action. A new report outlines the federal government’s actions to reduce emissions and address impacts at home and abroad. The report provides environment industry stakeholders with a comprehensive account of what policies and initiatives can be expected in the new year and beyond.

The Eighth National Communication and Fifth Biennial Report, which was published on December 31, 2022, provides an overview of the reporting requirements under the United Nations Framework Convention on Climate Change (UNFCCC). The Canadian government prepares these reports in accordance with adopted guidelines and other guidance for National Communications and Biennial Reports.

“The report shows the real progress that Canada is making, thanks to our accelerated climate action in recent years, fighting climate change while also building a strong economy,” states Steven Guilbeault, Minister of the Environment and Climate Change.

The last Biennial Report was provided to the UNFCCC in December 2019. Since then, Canada has faced the public health and economic challenges resulting from COVID-19, as well as a global energy crisis resulting from Russia’s invasion of Ukraine that has changed the emissions and energy outlook around the world.

“In this context, Canada’s resolve to fight climate change and move toward a clean energy future has only grown stronger. Although events like the global energy crisis affect Canada’s modelling for this year, this report shows that Canada’s commitment to reduce emissions by 40 percent by 2030 remain not only within reach, but realistic,” adds Guilbeault.

“With the addition of measures that are not currently modelled in this report—including the cap on emissions from the oil and gas sector, and further climate programs—Canada is well positioned to reach our emissions reductions goals. This is the time to double down on climate action—to build a strong economy, create jobs, and ensure a bright future for generations to come.” Excerpt of the progress report:

Canada has taken significant steps to address climate change since its last report to the UNFCCC. In addition to being one of the first Parties to the UNFCCC to sign and ratify the Paris Agreement, Canada has followed through on its Paris commitments over the past seven years by taking action, investing over $120 billion to reduce emissions, protect the environment, spur clean technologies and innovation, and help Canadians and communities adapt to the impacts of climate change. Building on the Pan-Canadian Framework on Clean Growth and Climate Change (2016), in 2020 the Government of Canada released its strengthened climate plan, A Healthy Environment and a Healthy Economy, to deepen emissions reductions across the economy, create new, well-paying jobs, make life more affordable for households, and build a better future.

This was followed in 2021 by implementation of the Canadian Net-Zero Emissions Accountability Act, which enshrines in legislation the Government of Canada’s commitment to achieve net-zero greenhouse gas emissions by 2050. The Act also establishes the 2030 greenhouse gas emissions target as Canada’s Nationally Determined Contribution (NDC) under the Paris Agreement, an emissions reduction target of 40 to 45 percent below 2005 levels by 2030. It also holds the federal government accountable by establishing a transparent process to plan, report on, assess, and adjust the Government’s efforts to achieve Canada’s national targets, which are set based on the best scientific information available, and provides for periodic examination of the Government’s actions by the Auditor General of Canada. As well, the Act established a Net-Zero Advisory Body in legislation, to provide independent advice to the Government of Canada.

As an early deliverable under the Canadian Net-Zero Emissions Accountability Act, Canada published the first Emissions Reduction Plan (ERP) in 2022. The 2030 Emissions Reduction Plan lays out the next steps to reach Canada’s 2030 emissions reduction target, providing greater certainty and improving transparency and accountability on the way to net-zero. The 2030 ERP includes a suite of new mitigation measures and strategies, $9.1 billion in new investments, and builds on the foundation set by Canada’s existing climate actions across sectors. The plan also reflects input from thousands of Canadians, businesses, and communities, as well as submissions from Indigenous partners, provinces, territories and the Net-Zero Advisory Body. Additional measures continue to be developed, both to ensure Canada reaches its 2030 target and to support deeper reductions beyond 2030. Progress under the plan towards Canada’s 2030 target will be reviewed in progress reports produced in 2023, 2025, and 2027. Additional targets and plans will be developed for 2035 through to 2050.

As climate impacts continue to intensify, the Government of Canada recognizes that a more ambitious, strategic and collaborative approach is required to adapt and build resilience to the impacts of climate change. This is why the Government of Canada released for final comment in November 2022 Canada’s first National Adaptation Strategy—Canada’s National Adaptation Strategy: Building Resilient Communities and a Strong Economy. Developed by working closely with provincial, territorial and municipal governments, Indigenous Peoples and other key partners and stakeholders, the Strategy establishes a shared vision for climate resilience in Canada, identifying key priorities for increased collaboration, and establishing a framework for measuring progress at the national level.

Canada is continuing to mobilize climate finance to support the international community in mitigating and adapting to climate change. After fully delivering on its 2015 commitment to provide $2.65 billion in climate finance to developing countries by fiscal year 2020-21, the Government of Canada committed in 2021 to provide $5.3 billion over five years to continue helping developing countries affected by climate change transition to sustainable, low-carbon, climate-resilient, nature-positive, and inclusive economies. This commitment dedicates a minimum of 40 percent of funding towards adaptation, and increases the proportion of grant contributions to 40 percent, from 30 percent previously. In line with Canada’s Feminist International Assistance Policy, Canada will ensure that at least 80 per cent of projects will integrate gender equality considerations.

Canada continues to work with international partners to advance and promote climate action, research, and capacity-building. For example, as a founding member of Mission Innovation (MI), Canada regularly collaborates with international partners to strengthen global cooperation on clean energy innovation in order to advance affordable and reliable clean energy solutions that will revolutionize energy systems across the world. Canada has demonstrated leadership in supporting the first phase of MI and announced that it exceeded its target to double public spending on clean energy research, development, and demonstration. In June 2021, Canada joined other MI members in launching MI 2.0 with the intent to strengthen cooperation on pioneering clean energy solutions.

In addition, Canada will continue to advance gender as a key priority in international climate change efforts. Between 2018 and 2021, Canada supported the delivery of five capacity-building workshops for women negotiators (one in the Caribbean and four in francophone Africa), in partnership with France and the Organisation internationale de la Francophonie. Through these workshops and by providing funding to support women negotiators’ travel and participation in UNFCCC sessions, the Government of Canada is supporting meaningful representation, diversity, and inclusion at the UNFCCC. This commitment is also reflected in Canada’s own delegation to the UNFCCC, by prioritizing diversity and inclusion, including of Indigenous Peoples.

Canada’s unique geographic, demographic, and economic circumstances influence its GHG emissions profile. For example, while Canada has a relatively small population, it also has one of the largest landmasses in the world, most of it located in the northern half of the northern hemisphere. These factors contribute to heavier energy and transportation use than in smaller and/or more densely populated countries.

Canada’s population remains the smallest among G7 countries but is rapidly growing, mostly through international migration. With 38.2 million inhabitants in 2021, it is anticipated that Canada’s population could reach between 43.6 and 57.7 million by 2050. Two-thirds of Canada’s population and urban centres are located within 100 kilometres of the Canada–U.S. border, leaving large parts of the country sparsely populated. The large distance between metropolitan areas and low population density generates high emissions from the Transportation Sector making it the second largest contributor of GHG emissions in Canada.

Canada experiences a wide range of climate conditions, with most of the inhabited regions seeing distinct seasons—in particular very warm summers and very cold winters. Heating and cooling have a significant impact on energy use and GHG emissions. Canada’s climate has been increasingly warming over the last several years. Northern regions are the most affected, and extreme events such as drought, heat waves, forest fires, floods and severe thunderstorms are happening more frequently. The cost of associated disasters is rising as a result.

Although climate and geography contribute to making Canada a heavy energy user, energy efficiency has improved in recent years. In addition, 82 percent of Canada’s total electricity is produced from non-GHG emitting sources, with hydroelectricity comprising most of this production. The share of renewable power from sources other than hydro has been increasing steadily since 1990 while the supply generated from coal has decreased substantially over the same time period. The Clean Electricity Regulations will be part of a suite of federal measures to help drive progress towards a net-zero electricity grid by 2035, while maintaining system reliability and electricity affordability for customers.

While Canada’s economy is primarily driven by the Service Sector, its Manufacturing, Construction, Mining, Oil and Gas, and Forestry Sectors still represent almost 30 percent of the economy, which is unique among industrialized countries. These emissions-intensive sectors contribute significantly to Canada’s emissions. However, Canada’s abundant natural resources, skilled workforce and competitive business environment also provides opportunities to grow its cleantech and low-carbon economy, including through clean fuels, nature-based solutions, and critical minerals development and battery production, to help support not only Canada’s but the world’s net-zero future.

Women’s Work: How to Empower More Women to Enter and...