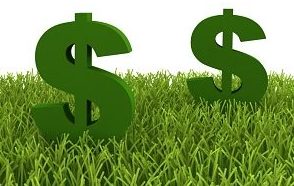 Minister of Finance Bill Morneau announced the 2020 Climate Action Incentive payment amounts for residents of provinces that have not adopted the federal system or otherwise met the federal requirements for pricing carbon pollution: Ontario, Manitoba, Saskatchewan and Alberta. Individuals will be able to claim these amounts through their 2019 personal income tax returns.

“Putting a price on carbon pollution is the most effective and efficient way to reduce the greenhouse gas emissions associated with climate change, but Canadians are also concerned about what that price might mean for their own pocketbooks,” said Morneau. “That’s where the Climate Action Incentive payments come in. Most households will receive more money back through these payments than what they will pay out due to federal pollution pricing—helping families to make ends meet as we move toward a cleaner future.”

The rebates are intended to offset the added consumer costs resulting from Ottawa’s carbon tax of $20 per tonne of carbon emitted into the atmosphere for 2020, rising to $30 per tonne in 2021. The biggest drop in the rebate will be in Saskatchewan, where the federal Finance Department says a family of four will qualify for rebates totaling $809 in 2020, down from the $903 that was projected last year.

The carbon tax scheme was introduced earlier this year as a way to encourage Canadians to use less carbon-based products, thereby reducing greenhouse gas (GHG) emissions. Most households will receive more money back through the rebates than they pay in carbon taxes on products such as gasoline and home-heating fuels.

The federal government does not keep any direct proceeds from carbon pollution pricing. Instead, proceeds are returned to the province or territory of origin in the following way:

For small and rural communities that have reduced access to cleaner transportation options, a supplementary amount in addition to these baseline payments will be provided for eligible individuals and families, as defined by Statistics Canada. This supplement will increase the baseline amount by 10 per cent.

Climate Action Incentive payment amounts have been adjusted based on updated projections of fuel charge proceeds generated in each province for the relevant period.

The Minister of Finance will specify the amounts for subsequent years as these calculations are finalized in advance of those years.

Application Process Open for the Efficient Trucking Program in Manitoba