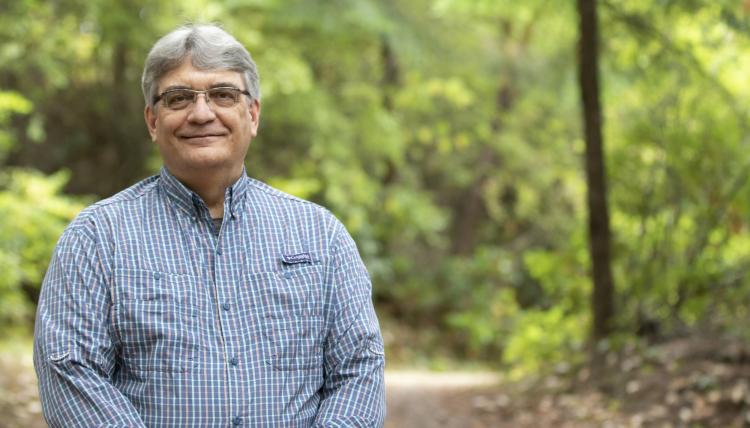 The catastrophic wildfires experienced in Western Canada and the United States over the past few years are one of the most visible aspects of climate change’s effect on forests, but there are other indicators that aren’t as publicized, according to Bill Beese, a Vancouver Island University (VIU) Forestry Professor and Forest Ecologist.

“The fires are a very visible manifestation of climate change in some areas, but it’s just the tip of the iceberg,” says Beese.

Natural disturbances – Natural disturbances are events that can “push the reset button on a forest and cause it to start over,” says Beese. Examples are forest fires, insects, disease, and storm damage from wind and landslides. Climate change can alter the frequency and intensity of these disturbances.

Species – Shifts in habitat can affect species – both plants and animals. Many migrating species, like birds, arrive at a certain time based on seasonal cues, but they may arrive too late for the flowering or seeding of some plants. If these get out of sync it can affect species survival.

Students in VIU’s Forestry Program are learning management tools that can help mitigate impacts or help forests adapt. One of those tools is planting a mixture of tree species to spread the risk out in case some don’t survive.

See also  Get Smart on Stormwater to Save Billions

“There are a lot of technical challenges because growth rates of trees are different. Some mixtures won’t work very well. You could have one tree species take over and leave the others in shade, but if you plant them using a patch approach that can work,” says Beese.

The Energy Transition: It’s not a pipe dream