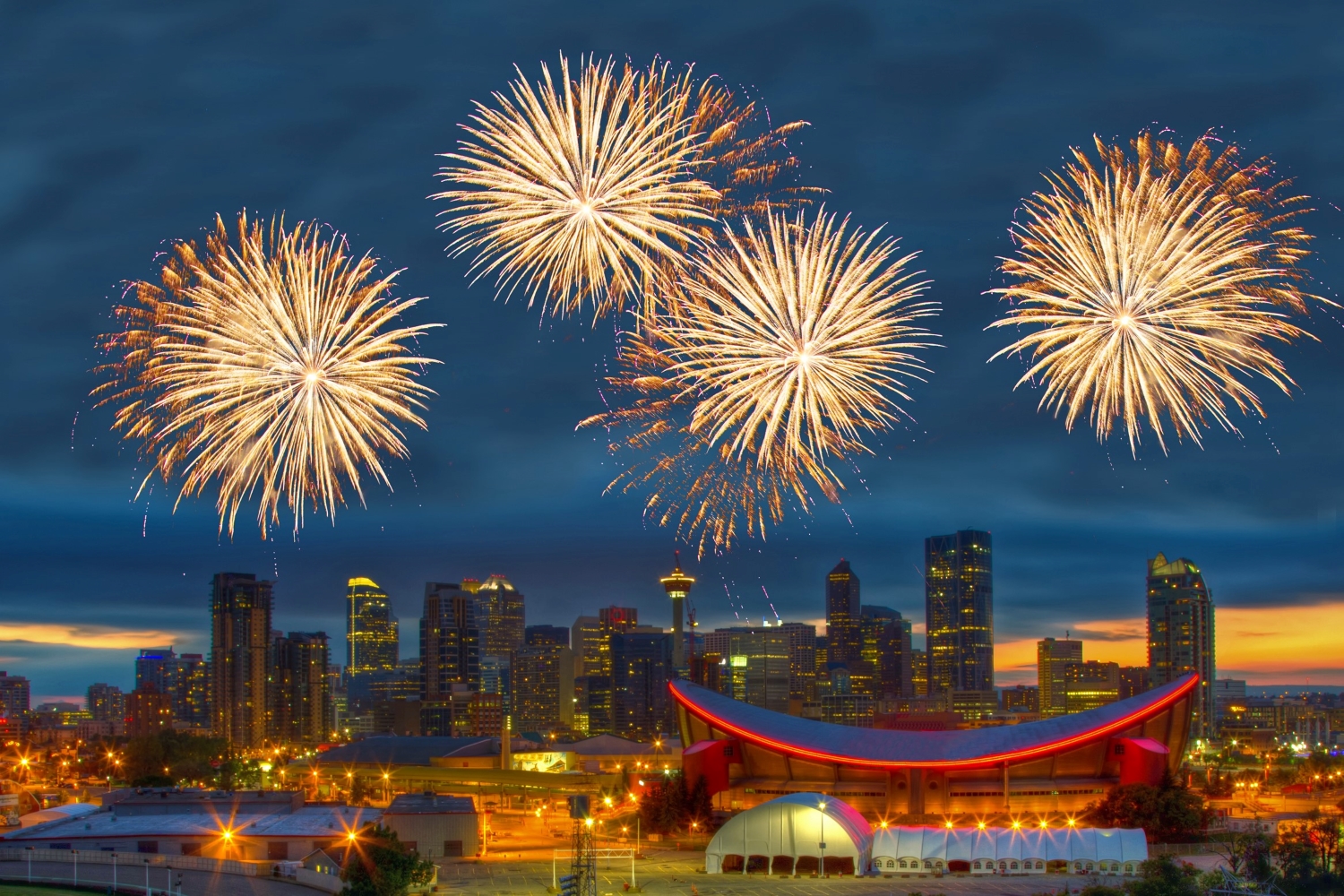 Recent resolutions from the Canadian government and an increasing number of Canadian businesses indicate clear commitments to reduce climate warming emissions that pollute the environment. However, uncertainty still exists about the best course of action to reach our commitments and how soon to take action.

Just before the new year, the Government of Canada introduced the Canadian Net-Zero Emissions Accountability Act. Features of the new Act include rolling five-year emissions-reduction targets and progress reports, a net-zero advisory body to recommend the best pathway to reach targets, and greater accountability and public transparency.

But critics have questioned aspects of the strategy and criticized the legislation for now being bold enough. Green Party Leader Annamie Paul said the government’s new climate legislation fails on multiple fronts. “There are no targets, and no specific actions designed to put Canada on a pathway to net zero. In short, there is no plan,” said Paul.

The bill sets 2030 as the first date for setting a new GHG emissions reduction target. However, as Paul points out, this target will not be established until nine months after royal assent. There are no plans for updating the existing target of 30 per cent until then.

The feds have also proposed a bold new plan, “A Healthy Environment and a Healthy Economy,” which is expected to help achieve environmental goals while boosting the green economy. The proposed plan, supported by an initial $15 billion in investments, also introduces a timeframe for putting a price on carbon.

“If they follow through with all this, that closes the gap between rhetoric and policy action,” said Dale Beugin of the Canadian Institute for Climate Choices. He said the plan’s 10-year time frame gives businesses a clear picture of what’s ahead. “That creates incentives to create long-term investment.”

A number of provinces have already made net-zero-by-2050 commitments, including Newfoundland and Labrador, Nova Scotia, Quebec and British Columbia, which have put into place, or plan to put into place, provincial net-zero-by-2050 legislation. Prince Edward Island has also pledged to reach net-zero greenhouse gas emissions by 2040. Several cities have also given the green light to additional emission reduction initiatives, including Guelph, Vancouver, Hamilton, Toronto, and Halifax.

While every province has now implemented some sort of system for carbon pricing, experts say the devil is in the details.

In Ontario, the government has introduced the Environmental Performance Standard (EPS) Regulation. The EPS was approved by the federal government as an alternative to the Output-Based Pricing System. The goals of the EPS program are to encourage the industrial sector to reduce greenhouse gas emissions, maintain competitiveness of Ontario businesses, and minimize carbon leakage.

At Actual Media’s virtual roundtable on Carbon Pricing in November, environmental experts weighed in on the opportunities and challenges of this new structure. When it comes to carbon markets and the new EPS, “Ontario is probably the least certain and stable jurisdiction,” said Katie Sullivan, managing director of International Emissions Trading Association (IETA). “There are lots of question marks right now.”

Robyn Gray, vice president of the environment and energy division of Sussex Strategy Group concurred. “There’s going to be uncertainty around carbon pricing in Ontario for another couple of years,” she said. “But do not ignore everything else that’s going on,” advised Gray, who went on to discuss financial opportunities and new clean tech developments in the provincial and national carbon markets. 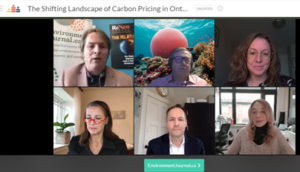 The Alberta government has invested funds through its industry funded Technology Innovation and Emissions Reduction (TIER) system to address emissions reduction issues in the province.

“When we introduced TIER, we said we would help job creators reduce their emissions by making investments in technology and research,” said Jason Nixon, Alberta’s Minister of Environment and Parks. “These programs will help industry identify, track, measure and ultimately reduce emissions.”

As part of the TIER initiative in Alberta, the Sundre Petroleum Operators’ Group (SPOG) received funds to test and deploy new and efficient methane emission reduction technologies. Improvements could enhance the accuracy of finding methane emission leaks at a lower cost.

The Methane Emission Management Program, developed by SPOG in partnership with a number of industry associations and individual operators, is a pilot program that will be deployed on about 500 facilities in the Sundre area. This area was selected due to the high density of sites, but innovative solutions will be shared with operators throughout the province.

“We are very excited to facilitate our Methane Emission Management Pilot that supports industry’s drive to reduce their environmental footprint in a cost-effective and collaborative approach,” said Tracey McCrimmon, executive director of SPOG.  “In partnership with our SPOG producer members, we are striving to test the latest available technologies in detection and provide science-based solutions for methane emissions.”

Certain clean tech applications are proving themselves to be particularly helpful during the ongoing pandemic.

GeoVerra Inc., a new surveying and geomatics firm with offices in Ontario and Western Canada, has been contracted to deploy its vehicle-based methane monitoring service, ExACT, on the public and lease road network to quantify methane emissions for SPOG. 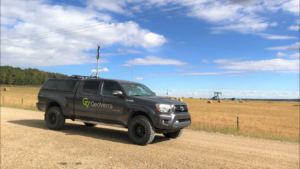 ExACT is a vehicle-based screening tool that provides site-level estimates of methane emissions that was developed in partnership with researchers in the FluxLab at St. Francis Xavier University in Nova Scotia. The technology, which is essentially a mobile lab, consists of commercially available hardware — gas concentration and meteorological measurement instruments, including outside wind and temperature sensors — mounted on a truck. The information it collects is then analyzed through computational algorithms and delivered directly to the driver and passenger as they drive around a wellsite.

The ExACT technology offers a competitive advantage over other traditional detection technologies as it moves quickly, efficiently, and is capable of detecting emitting sites requiring further follow up. It’s designed to be more cost-effective than traditional hand-held sensors and can be used year-round, unlike other methods that are temperature-sensitive.

“We deployed in late October and finished ahead of schedule after only nine days of monitoring,” says Jennifer Baillie, GHG emissions monitoring coordinator at GeoVerra. “During the nine days, we completed two sweeps of all the SPOG facilities. Our deliverables to SPOG included a per-facility estimate of any methane emissions detected, a list of non-emitting facilities that don’t require further investigation, and a methane heat map of the area. All of these deliverables will allow SPOG to make informed decisions on where they can focus ongoing and future methane leak detection and repair efforts.”

Baillie also emphasizes that the mobile nature of the technology is especially valuable during the ongoing pandemic. Emissions monitoring services and screening can be done from remote locations or around the perimeter of the property rather than having to be on site. It can be deployed 365 days per year in all weather scenarios, including rain and snow events.

Adrienne Maskalyk, director of forestry and environmental at GeoVerra, adds that launching the program during a pandemic has certainly had its challenges, but they are maintaining a “glass half full” approach to solutions.

“Since we’re not able to meet clients face-to-face, regular email and phone check-ins have become a priority. In addition to the ExAct technology which allows for remote, socially-distanced monitoring, GeoVerra has a number of other technologies that have helped clients adapt during the pandemic,” explains Maskalyk. “By using our UAV technology and 3D scanners, clients can view their worksites remotely through customized, online portals – eliminating the need for travel.”

Only time will tell if commitments will be kept in the country’s quest for net zero but new clean tech, and $15 billion in funds to support further clean tech deployments, are a step in the right direction toward keeping emissions resolutions.