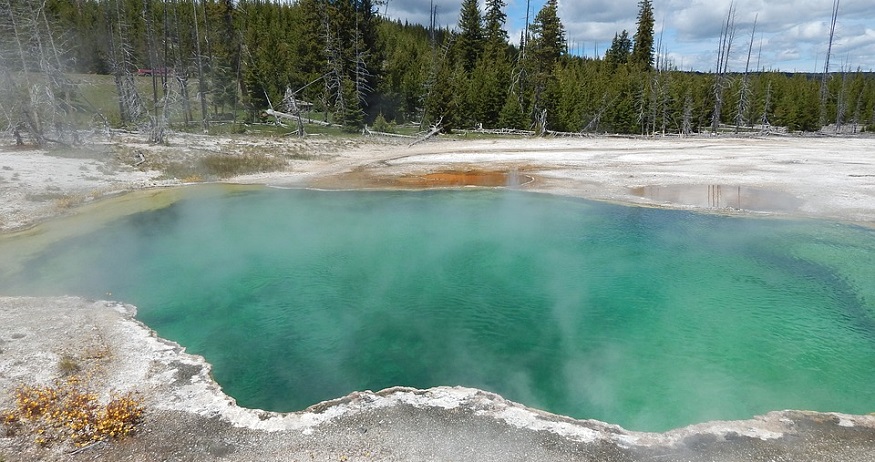 As Canada navigates the energy transition, a spectrum of zero-emission energy sources will be increasingly needed. Many parts of Canada are home to the natural conditions required for the extraction of geothermal energy, specifically in parts of Western Canada. It is also home to many workers with expertise in oil and gas extraction—a skillset that could also be applied to the geothermal industry. However, the geothermal industry is less developed in Canada than in comparable countries around the world.

Geothermal developments extract naturally-occurring underground energy in the form of heat to generate power and/or to heat nearby infrastructure. While wind and solar energy are variably-producing (daylight and weather conditions vary), geothermal is able to constantly produce near zero-emission, renewable energy, making it a potentially useful complementary resource where feasible. It is also a near emissions-free source of heat and so presents advantages in Canada’s cooler climate.

This media brief explores the global geothermal picture, how Canada fits in, and some of the projects currently underway in Canada.

An overview of geothermal

Globally, geothermal energy was responsible for more than 85,891 GWh of power generation in 2017 (0.3 per cent of the global total).

Global geothermal capacity is anticipated to grow by 28 per cent by 2024, with Asia responsible for one-third of global expansion. The United States is the world leader in terms of megawatts of geothermal power capacity, followed by Indonesia, Turkey and New Zealand.

Canada produces minimal electricity from geothermal, primarily due to potentially higher upfront costs, competition from existing investments in other types of power generation and a lack of regulatory and policy support. However, there are some projects in the early stages as per the following examples.

There are two ways of creating heat from geothermal energy, usually referred to as “direct-use”:

Many buildings are heated (and sometimes cooled) using ground-source heat pumps which do not require the unique condition for geothermal energy generation as they take heat out of the air (or a body of water) in the summertime (cooling) and store it underground for use in the winter.  They are already in use across Canada for heating and cooling buildings. These types of systems are often referred to as “geoexchange.” Ground-source heat pumps offer energy cost savings of approximately 65 per cent compared to electrical heating systems.

Geothermal energy can also be used for industrial and agricultural processes that use energy in the form of heat. Things like grain, fruit and vegetable drying, greenhouses, snow melting, lumber drying and pulp and paper processing. Most modern geothermal power plants are developed with direct use applications co-located close to the power plant.

Canada is home to the necessary conditions for geothermal energy generation, with most potential noted in B.C., Alberta, Saskatchewan, Yukon and the Northwest Territories. There are several projects underway in varying states of completion:

New Strengthened Climate Plan for Canada: $15B for Resilient Recovery