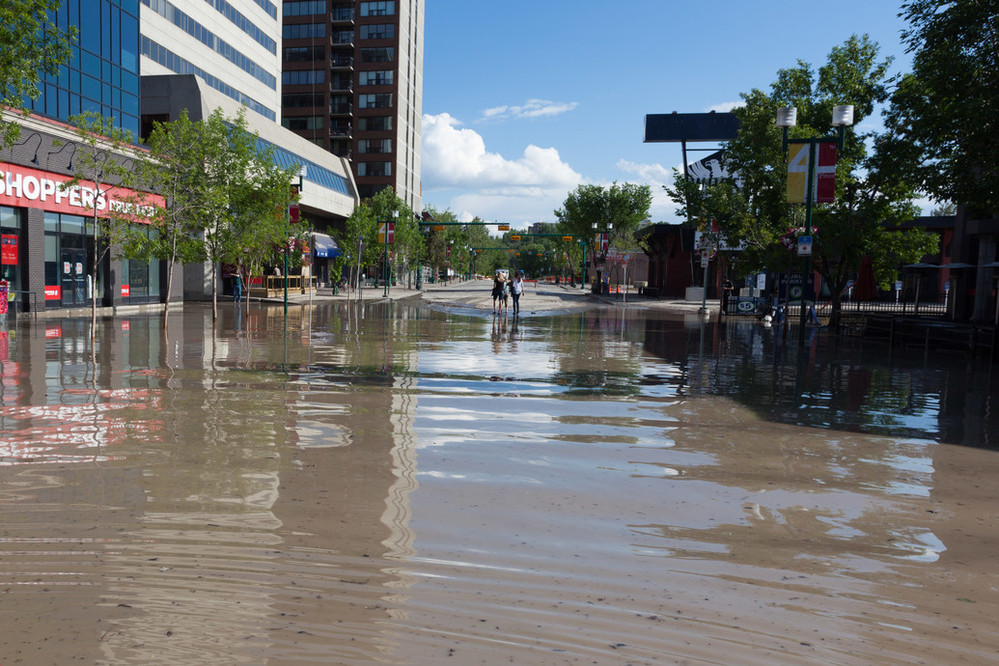 “Flooding has disrupted the lives of Albertans and our economy too often in recent years,” said Jason Nixon, Alberta’s Minister of Environment and Parks. “This funding will help protect communities against flooding, now and in the future, and support good jobs for Albertans when they are needed most across the province. I look forward to seeing these projects built and operational over the coming years.”

The TIER system’s goal is to enhance the ability of Alberta’s communities to adapt to changes in weather. This industry-funded system will help equip communities to address future climate fluctuations while supporting the province’s economic recovery.

Ten high-priority flood mitigation projects across the province will receive a total of $45 million, including flood protection for Edmonton’s two water treatment plants. Work to protect communities and critical infrastructure in Canmore and the Municipal District of Bighorn from debris, including large boulders and trees, has already begun. Stormwater improvements in the Municipal District of Taber will also be funded.

The Municipal Climate Change Action Centre (MCCAC) will receive $4.5 million to administer a new Climate Adaptation Program to help municipalities and Indigenous communities in Alberta better understand, manage and adjust to a changing climate. The program will help communities learn about climate adaptation, assess how vulnerable they are to events like floods, droughts and severe storms, and build climate adaptation plans. The MCCAC is a partnership of the Alberta Urban Municipalities Association, Rural Municipalities of Alberta and the Government of Alberta.

A total of $3.5 million will be available through the Watershed Resiliency and Restoration Program to support new projects that improve watersheds and better prepare communities for flood and drought. Since 2014, the program has funded 125 projects and supported the restoration of more than 750 hectares of wetlands, as well as more than 1,000 hectares of riparian areas covering more than 150 kilometres of streambank.

Eligible organizations have until January 4, 2021 to apply for funding.

The government recently announced $750 million for projects across the province through the industry-supported TIER system, which is funded by large industry. Companies pay into the fund when they do not meet emissions targets. This support will help industry reduce emissions and supports Alberta’s recovery from the COVID-19 pandemic and low oil prices. It will be more than doubled by additional dollars from industry and other sectors, leading to more than $1.9 billion in total funding.

Featured image from the City of Calgary, depicting the Calgary flood of 2013.