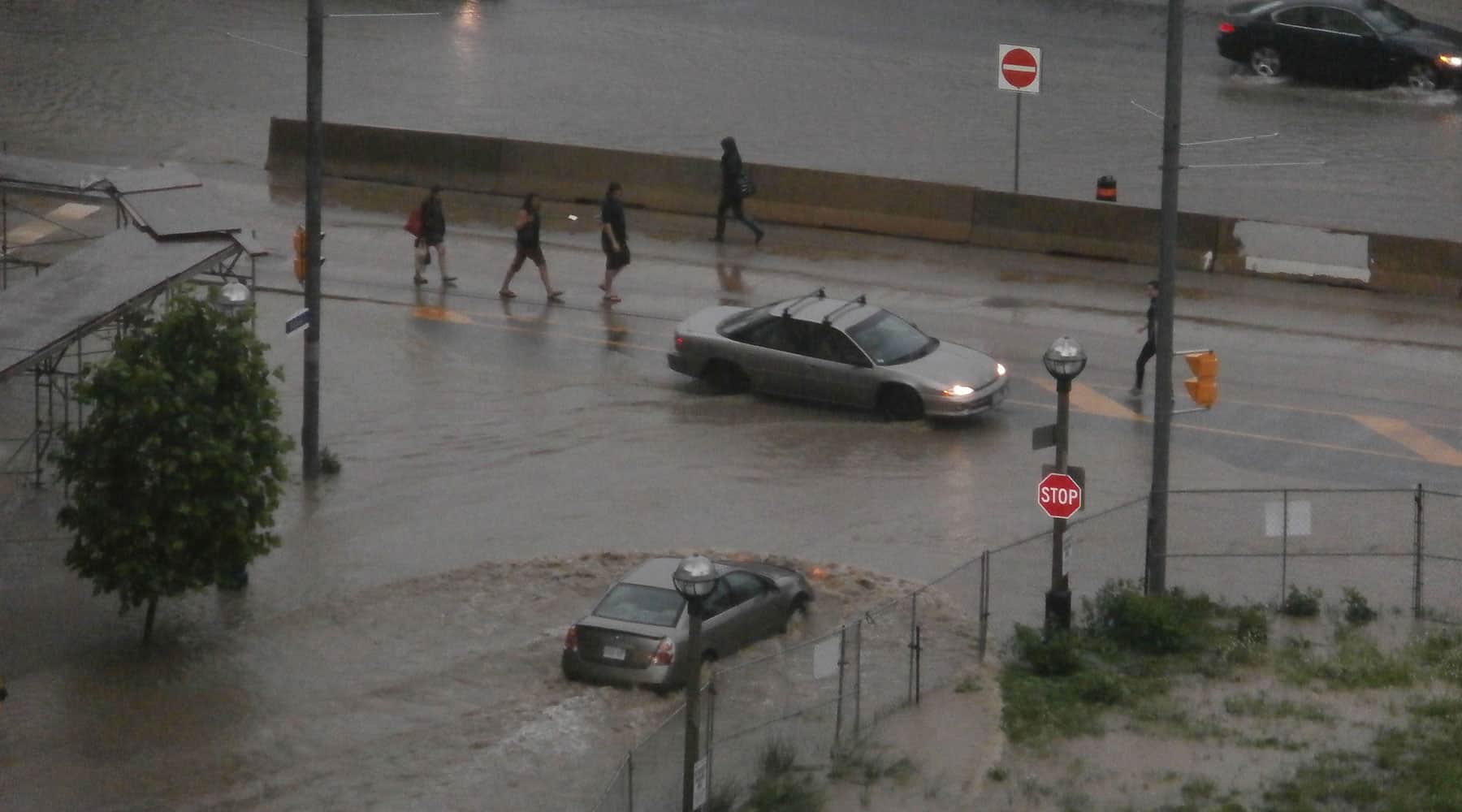 As climate change begins to gather speed, its impacts become more visible each year. It is not just about polar bears anymore. It isn’t even just about how difficult we are making the future lives of our children and grandchildren.

Now climate change is affecting us.

Extreme weather did not start with climate change, but in Ontario and around the world, climate change increases the risk of storms and floods, extreme heat, and forest fires. In Ontario, insured losses from extreme weather are climbing fast. Even after adjusting for inflation and GDP, Ontario had an extraordinary $1.3 billion in insured losses from catastrophic weather in 2018. Families and organizations probably suffered at least as much in uninsured financial losses, as well as impacts on mental health.

That’s partly because Ontario is warming faster than the world average, and can expect to warm much more as each decade passes. Warmer average temperatures bring wilder, less predictable weather, including more frequent and severe floods, wind damage, droughts, heatwaves and forest fires, and occasionally extreme cold. Much of Ontario is already getting wetter, especially in winter, and some of what used to fall as snow now comes as rain.

According to the Insurance Bureau of Canada, up to 10 per cent of Canadian properties may soon be too high-risk for private sector flood insurance. Perhaps half of those could continue to be insurable if protective measures are taken, but premiums will presumably have to climb. 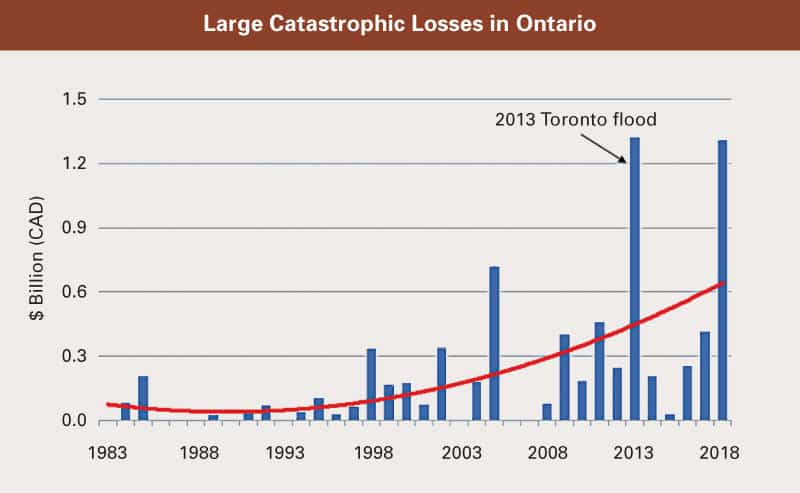 For people in cities like Toronto, one of the most urgent and immediate threats will come from stormwater. The engineered stormwater management systems underlying many urban areas—the pipes that drain rainwater and melted snow away from city streets—cannot always accept the increased volumes of water that we are already experiencing, much less what is ahead due to population growth, urban sprawl, and climate change. The continuing destruction of wetlands and woodlands exacerbates this problem through the loss of natural reservoirs that hold stormwater (see Volume 4 of our 2018 Environmental Protection Report,  Back to Basics).

Torrential downpours already overwhelm Toronto’s aging stormwater infrastructure and wastewater treatment plants, especially in the 23 per cent of the city serviced by combined sewers. For example, in July 2013, a billion litres of a filthy mix of stormwater and sewage—including garbage, debris, and human bodily wastes—flooded streets and basements, and washed into Toronto’s rivers and Lake Ontario. 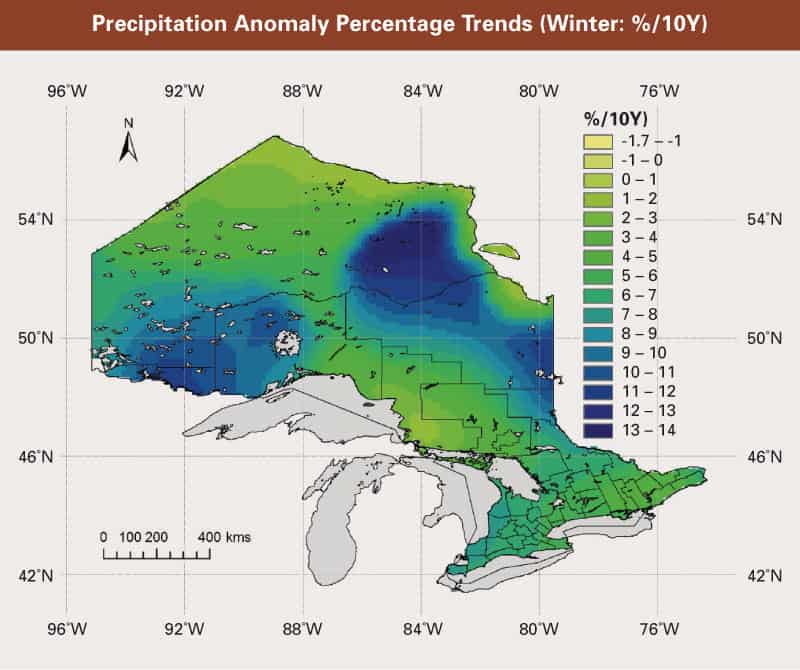 Municipalities are obliged by law to do everything reasonable to keep pollution out of lakes and rivers. Their options to reduce flooding and pollution caused by stormwater and combined sewer overflows include:

1. Reducing the amount of stormwater that flows into storm sewers and combined sewers with:

Toronto is taking some, but not all, of these steps. For example, Toronto has refused to charge stormwater fees, even in areas serviced by combined sewers. Such charges allow municipalities to collect the true cost of providing each piece of land with stormwater and sewage service, and use the money for this purpose. Kitchener and Mississauga are two of many successful examples. Instead, Toronto’s current funding system allows nearly a free ride to parking lots, warehouses, and other impervious land uses that dump large stormwater costs onto the public purse.

Climate change presents all cities with enormous challenges and opportunities. We must simultaneously slash our dependence on fossil fuels that cause climate pollution (mitigation), and get ready for what’s ahead (adaptation). Fortunately, there is a lot that cities can do. Getting smarter about stormwater by using proven tools and technologies can save millions for cities and the people who live there.

Read the full article in the March/April edition of Water Canada magazine.