The Hith’alis Agreement, a partnership between the B.C. government, KHFN and Coast Funds, provides $721,000 to enhance stewardship and management activities in KHFN territory in the Broughton Archipelago of British Columbia. 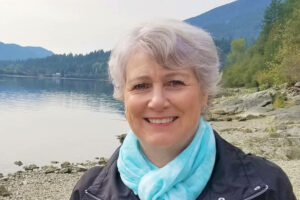 “Partnerships such as this are so important to moving forward with First Nations communities,” said Katrine Conroy, B.C.’s Minister of Forests, Lands, Natural Resource Operations and Rural Development. “Working together with the Kwikwasut’inuxw Haxwa’mis First Nation, stewardship efforts in the region will receive the support they need to protect and sustain the territory.”

This partnership is being realized  through an endowment created at Coast Funds, a conservation finance organization. The endowment will allow KHFN to increase stewardship activities across its territory, including:

“Now we can start to deliver on our dream of having a big presence on our territories, just like our ancestors did,” said Kwikwasut’inuxw Haxwa’mis First Nation Chief Councillor Rick Johnson. “Thanks to our Elders, we’ve remained in our traditional lands despite tremendous challenges. By working in partnership with the Province and with Coast Funds, we can keep our membership in their territories and we can develop better tools to ensure that economic activities are conducted in our territory in a responsible way.”

The endowed funds are managed by Coast Funds as part of an $89-million endowment supporting First Nations’ stewardship across the Great Bear Rainforest and Haida Gwaii.

This funding aligns provincial actions with the United Nations Declaration on the Rights of Indigenous Peoples, supporting partnership and collaborative decision-making.

Hith’alis is a Kwak’wala word that means “fixing it together” and reflects KHFN’s approach to reconciliation.