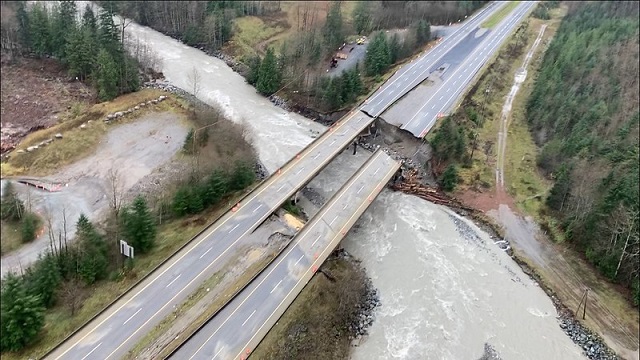 In a year marked by the escalating impacts of climate change, the British Columbia government took important steps to drive down carbon pollution and build a stronger, cleaner province. A recent statement from B.C. Premier John Horgan highlights key climate action efforts that will be ongoing in 2022.

This work was headlined by launching the CleanBC Roadmap to 2030, a stronger and more ambitious plan to reduce climate pollution, protect B.C.’s communities and build a more sustainable economy.

“With extreme flooding and out-of-control wildfires, British Columbians felt the impacts of climate change all around us this year,” said Premier John Horgan. “The scale of the climate emergency we’re living through demands we act with even greater urgency, and with our ambitious CleanBC plan, we’re working to protect communities and build a stronger, cleaner economy. Our government is bringing people and businesses together to rise to the challenge and seize the opportunity to create a brighter future everyone.” Making it easier to switch to clean electricity

B.C.’s plan to make it easier and more affordable to switch from fossil fuels to clean electricity is expected to reduce greenhouse gas emissions by 930,000 tonnes annually by 2026 – the equivalent of taking 200,000 cars off the road every year. The plan includes rebates for new heat pumps, and plans to expand B.C.’s electric vehicle charging network and attract new businesses looking for clean power.

The government initiated a comprehensive review of the province’s oil and gas royalty system, the first one in 30 years with a focus on eliminating outdated, inefficient fossil fuel subsidies and designing a system that puts the interests of people first.

Making pollution more expensive and getting industry to net-zero

All new large industrial facilities will need to demonstrate how they align with interim targets to reduce climate pollution and achieve net-zero emissions by 2050. Stronger regulations will nearly eliminate industrial methane emissions by 2035.

With a commitment to increase the price on carbon pollution to meet or exceed the federal benchmark, the province is also supporting people who may have trouble making the switch to cleaner choices with the climate action tax credit.

New net-zero requirements mean no new climate pollution will be added to the atmosphere from new buildings built after 2030. The strengthened CleanBC plan also encourages using low-carbon building materials in construction, such as mass timber.

Building on B.C.’s nation-leading adoption of zero-emission vehicles (ZEVs), increased targets will ensure 90 per cent of new cars and trucks sold in B.C. are ZEV by 2030 and 100 per cent by 2035.

The innovative CleanBC Program for Industry, designed to reduce industry emissions and maintain global competitiveness, won an international award at COP26 in Glasgow. It was awarded most creative climate solution from a global alliance of state and regional governments committed to ambitious climate action in line with the Paris Agreement.

B.C. was also ranked at the top of the provincial energy efficiency scorecard for the third year in a row by Efficiency Canada. The scorecard recognized the Province’s work to accelerate and expand energy efficiency across sectors while creating new opportunities in the clean economy.

Featured image from B.C. Ministry of Transportation and Infrastructure.