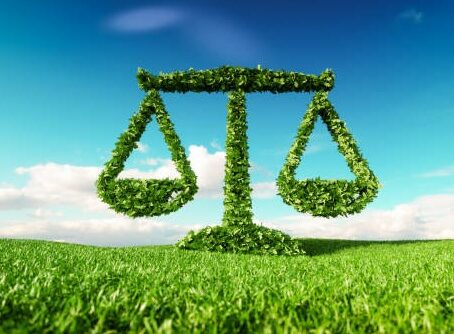 What would you do if you were a member of a municipal council frustrated by the lack of government action on climate change and on compensation for climate change-related damage already experienced by the municipality and its residents?

A group of 16 municipalities in Puerto Rico have already found what they hope will be a solution. In November they launched a class action suit in the United States District Court for the District of Puerto Rico against a group of thirteen petroleum and coal companies and others alleging that the companies conspired to engage in and commit consumer fraud and deceptive trade practices and violated the US Federal Racketeer Influenced and Corrupt Organizations Act (RICO), legislation more usually used to prosecute mob bosses and international fraudsters.

The municipalities allege that the companies “knew or should have known that the fossil fuel products they marketed and sold to the Municipalities of Puerto Rico, whether used as intended or misused in a foreseeable manner, contributed to the acceleration of climate change and the concomitant likelihood that Puerto Rico would be devastated by storms of increasing intensity?”

In total, the plaintiffs have presented 14 causes of action.

While the court action is drawing worldwide attention because of its innovation, especially the invocation of RICO for a corporate action on climate change, it is by no means certain that the action by the municipalities will succeed.

RICO has no direct parallel in Canadian jurisprudence but there are other statutes that can be used in Canada, and yet more in other countries, that may entice municipalities and other potential plaintiffs to turn to the courts to seek compensation for environmental damages experienced.

Some of the companies targeted in this United States District of Puerto Rico class action include Exxon Mobil Corp, Shell PLC, Chevron Corp, BP PLC, Conocophillips, Occidental Petroleum, BHP, and Rio Tinto PLC. The foundations of the lawsuit are two hurricanes which hit Puerto Rico in 2017 and led to thousands of deaths, shortages of food, massive and widespread infrastructure damage and the longest electrical power blackout in US history. The lawsuit claims that the conspiracy started in 1989 when the defendants formed the Global Climate Coalition (GCC) as a “not‑for‑profit corporation to influence, advertise, and promote the interests of the fossil fuel industry by giving false information to their consumers and the public at large.”

In summary the municipalities (plaintiffs) allege in their court filing that the Defendants:

a) proclaimed that climate change was not a real, imminent threat when they secretly had knowledge to the contrary;

b) had a duty of disclosure under Puerto Rico and United States consumer protection laws but failed to disclose the following: their own scientists confirmed climate change was an actual threat, their products were a direct cause according to projected climate modeling and the anticipated effects upon Puerto Rico of their carbon waste in the atmosphere if their products continued to be sold at the increasing pace of their collective extraction, refining and production;

d) failed to warn the public, including Puerto Rico and its consumers, of the effects of their products on the environment;

See also  How biogas is changing the Canadian energy industry

e) claim to be competitors but violated their own Best Business Practices, when they colluded to deceive the Plaintiffs, who have suffered and will continue to suffer the disastrous economic effects of their products on the environment. Puerto Rico and its consumers fell victim to this carefully crafted corporate subterfuge, which was adopted by all Defendants when they purchased the Defendants’ products, unaware that such products would create monster storms, debilitating flooding, and an ongoing public health crisis in Puerto Rico;

f) were required by their own Best Business Practices, which they each adopted in the 1980s, to disclose what they internally knew about the coming disasters in the North Atlantic, rather than fund, both directly and through dark money channels and false denials that their products were causing disastrous climate change.

Readers interested in reviewing the entire 247 page complaint presented to the court by the municipalities, or in following the progress of the case, can find the information by clicking here.

Environment Journal will be watching the outcome of the Puerto Rico municipalities case closely.

ESG investing matures while markets reel, according to CK report