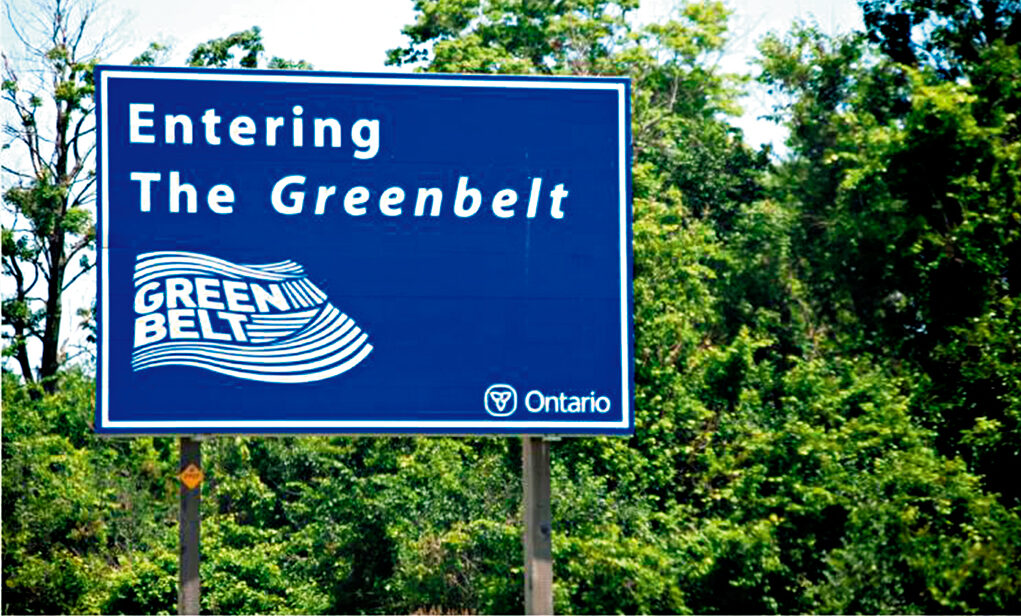 Ontario’s Ministry of Municipal Affairs and Housing has launched a 30-day consultation on a proposal to expand the Greenbelt by approximately 2,000 acres and facilitate the building of at least 50,000 new homes.

“Last week, our government introduced the More Home Built Faster Act, 2022, which takes bold action to address Ontario’s housing supply crisis by building 1.5 million homes over the next 10 years. Today, we are taking further action to support this goal by launching a consultation on proposed changes to the Greenbelt. These proposals will support our municipal partners’ plans for responsible growth and help build at least 50,000 new homes, while leading to an overall expansion of the Greenbelt,” said Steve Clark, Ontario’s Minister of Municipal Affairs and Housing.

Ontario is expected to grow by more than two million people by 2031, with approximately 1.5 million of those new residents in the Greater Golden Horseshoe Region. This growth was recently confirmed by the federal government’s newly released immigration targets. To accommodate that growth and support the building of more homes, our government is proposing to remove 15 areas of land totalling approximately 7,400 acres from the edge of the Greenbelt area.

At the same time, the ministry is proposing to add an additional 9,400 acres to the Greenbelt, including a portion of the Paris Galt Moraine and 13 urban river valleys in the Greater Golden Horseshoe, for an overall Greenbelt expansion of approximately 2,000 acres.

These proposed changes to the Greenbelt meet the following criteria, all of which must be met before a property is given consideration:

·  Greater than 1:1 offset must be achieved to ensure overall Greenbelt expansion

·  Affected areas must be adjacent to the existing Greenbelt boundaries

·  Affected areas must be adjacent to an existing urban area

·  Affected areas must be on or near readily serviceable land, with local infrastructure upgrades needed to service the projects to be funded entirely by the proponents

Should these lands be removed from the Greenbelt, the landowners will be expected to develop detailed plans to build housing quickly. It is the government’s expectation that new home construction will begin on these lands by no later than 2025, and that significant progress on approvals and implementation must be achieved by the end of 2023. If these conditions are not met, the government will return these properties to the Greenbelt.

The proposal has raised concern with certain environmental organizations, including Environmental Defence, a leading Canadian environmental advocacy organization that works with government, industry and individuals to defend clean water, a safe climate and healthy communities.

“Promises by the government to ‘swap’ in 9,400 acres of land in other locations will do nothing to mitigate the damage to the Greenbelt system. That is in part because at least some areas being floated as replacements for bulldozed segments of the Greenbelt were already off limits for development – meaning those additions would not mitigate the net loss of protected lands. Even more importantly, the government’s plans would utterly destroy the certainty of permanent protection that is vital to the functioning of the Greenbelt as a whole,” says Phil Pothen, Ontario environment program manager with Environmental Defence.

“Stripping these 7,400 acres of protection at the request of land speculators would unleash a firestorm of land speculation across the entire Greenbelt – denying farmers the certainty they need to continue stewarding the forests, wetlands and soils on their land, and pushing ownership forever out of reach. It will also start a never-ending queue of Greenbelt land speculators at the Minister’s door, each with their own convenient rationalization for paving their own patch of Greenbelt.”

According to Pothen, the government’s attempt to rationalize this attack on the Greenbelt as a measure to deliver “more homes” is disingenuous, as there is a vast supply of unused “greenfield” land already open for development within existing municipal settlement boundaries.

Comments on these proposals are welcome through the Environmental Registry of Ontario by December 5, 2022.

Further information about how land swaps would put the Greenbelt at risk is available here.