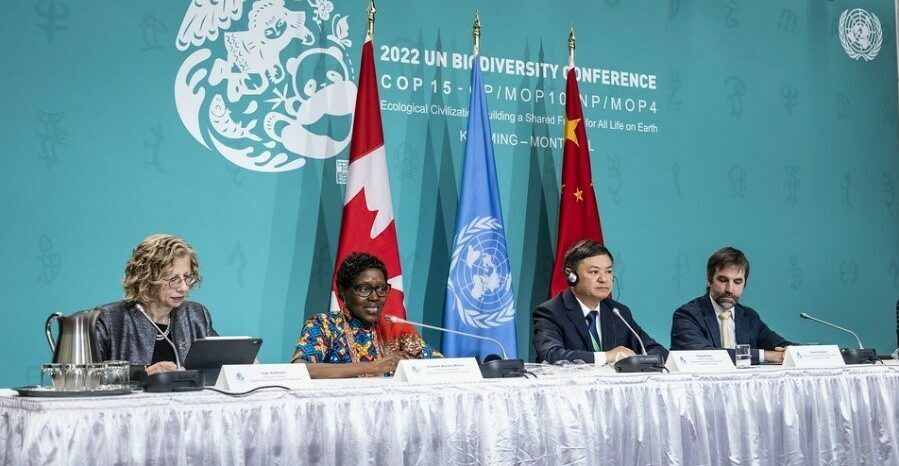 From December 7–19, 2022, Canada is welcoming the Parties to the United Nations’ Convention on Biological Diversity in Montréal, Quebec, for COP15, which will focus on the negotiation of a new Global Biodiversity Framework. This important international conference will be a landmark event with thousands of delegates from around the world gathered to take action on protecting nature.

“The Fifteenth Conference of the Parties (COP15) to the United Nations Convention on Biological Diversity brings together 196 countries to blaze a path forward at a time when nature is under threat across the globe. For Canadians, this is personal. The past three years of pandemic have only strengthened our national appreciation for the beauty of nature and its importance to our collective physical and mental well-being,” said Steven Guilbeault, Minister of Environment and Climate Change.

The Government of Canada recently demonstrated its commitment to protecting Canada’s nature, biodiversity, and species at risk. In a collaborative effort with all provinces and territories, the Government of Canada released Wild Species: The General Status of Species in Canada to enhance the understanding of the status and distribution of wild species across the country.

For the first time, the Wild Species report takes stock of more than half of all known species in Canada. With the inclusion of 50,534 species, an increase of over 20,000 species from the report published five years ago, the Wild Species 2020 report represents the most complete inventory of Canada’s biodiversity to date.

The first step in preventing the loss of species is to identify those that exist, where they are, and their status. The report’s results indicate that 80 percent of the assessed species are secure, while 20 percent are at some level of risk of extinction in Canada. The data in this report will support provinces, territories, municipalities, and partners in their conservation efforts, and inform the Committee on the Status of Endangered Wildlife in Canada of the species that may be at risk.

The Government of Canada has made historic investments and taken significant action to protect species at risk. Recently, the federal government announced that $8.7 million will be invested to support 67 conservation projects across Canada led by communities, individuals, and non-government organizations taking action to recover species at risk in their communities. This builds on work to protect key species at risk including caribou, monarch butterflies, sage grouse, right whales, southern resident killer whales, and more. Through the 2 Billion Trees program, important progress is also being made to replant important tree species in local habitat.

“The Government of Canada has been making significant commitments and investments to address the intertwined challenges of biodiversity loss and climate change, to protect and conserve nature, and to create jobs in nature conservation and management,” adds Guilbeault.

“Since 2018, Canada has made major investments in nature conservation that are unprecedented in Canada’s history. We have worked hard to do this in partnership with Indigenous peoples, the original stewards of the land. We are building on accomplishments that transformed how Canada works to protect land, freshwater, oceans, and wildlife in Canada.”

Environmental groups also welcome Prime Minister Justin Trudeau’s announcement of  $350 million in new international finance for biodiversity during the opening of COP15. The investment sends a strong signal on the need for strengthened international cooperation and funding to protect and restore nature.

Hot Topic: How do the Campaign Climate Action Strategies Stack Up?