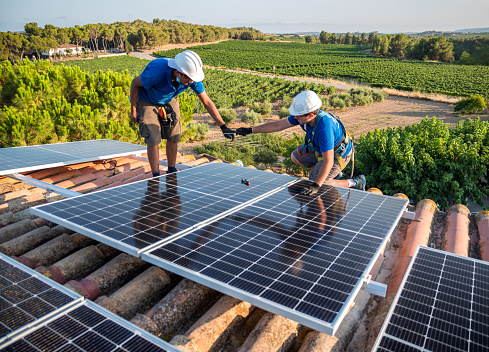 The Conference Board of Canada’s new report, From Low-Mobility to Rapid-Growth Jobs: How Governments and Agencies Can Build the Bridge to Clean Economy Careers, provides an in-depth look at how the clean economy is one of multiple rapidly growing sectors in Canada — and how more workers are needed to meet the labour demand.

According to the research, numerous transition paths exist between high-risk, low-mobility (HRLM) occupations and rapid-growth jobs, such as those in the clean economy—jobs closely aligned with Canada’s future direction.

In partnership with the Future Skills Centre, this brief looks at the retraining required to transition workers from occupations susceptible to automation to rapidly growing occupations in the clean economy.

Research highlights include the following:

A key finding is that transition paths that already exist—and most don’t require extended retraining. However, the research indicates that workers will need support and guidance to make the jump and that there are several implications and opportunities to consider.