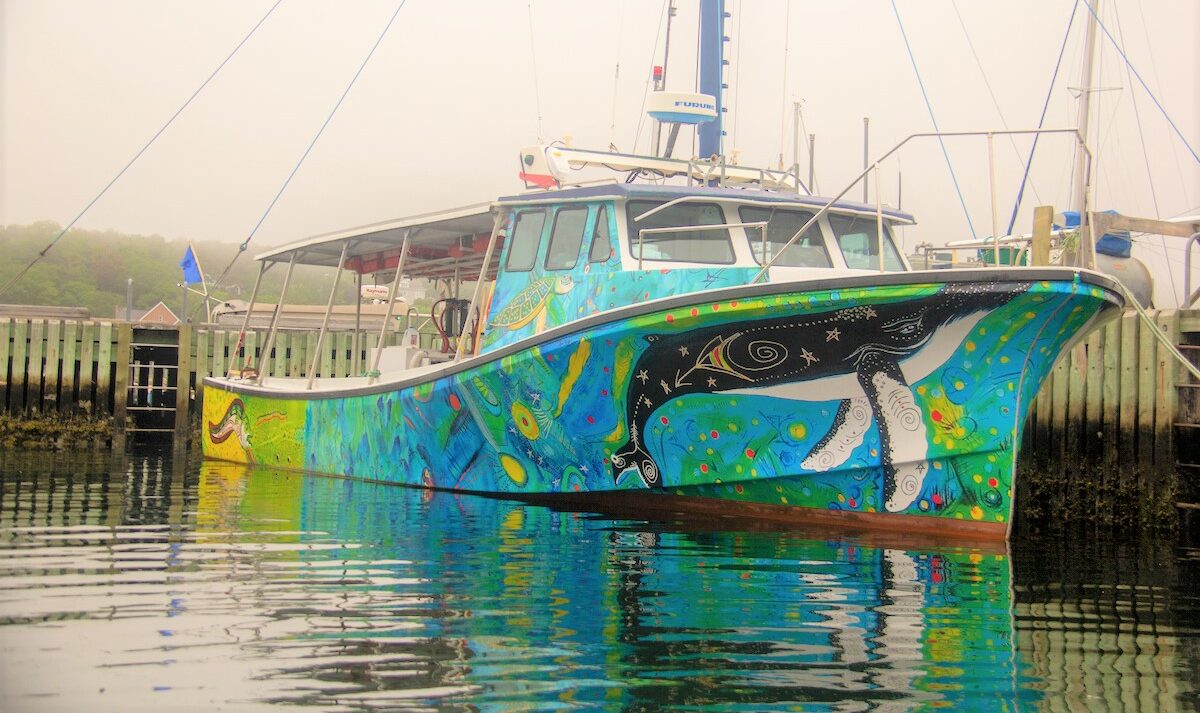 Over the past decade, Canadians have become familiar with electrified bikes, cars, passenger trucks, dump trucks, transport trucks, city buses, and even a few lightweight aircraft, their spinning propellers powered by lithium-ion batteries. But who ever heard of an electric boat?

Enter the Alutasi, a classic Cape Islander retrofitted in 2020 with an electric motor and batteries to supplement its diesel engine. The Alutasi is the first watercraft in its class (12 passengers and above) in Canada to be powered primarily with lithium-ion batteries. Its conversion was carried out by Glas Ocean Electric, a young enterprise bringing electrification to Atlantic Canadian waters.

Glas Ocean Electric was founded in 2016 by Sue Molloy, a naval architect and ocean engineer specializing in renewable power and ship propulsion. Erudite and innovative, she is exactly the person you’d expect to sneak an electric motor onto a fishing boat. The Alutasi was her first crack at the idea, carried out as a research project in partnership with Transport Canada.

Molloy didn’t make the decision to retrofit the Alutasi lightly. Over 20 years old and used for guided fishing tours by the Halifax Ambassatours, the ship needed to be grandfathered through Transportation Canada’s latest round of regulations just to be allowed to keep sailing. The Alutasi was, in the demographics of Canadian boating, an unremarkable elder — which is just what Molloy was looking for.

“We wanted to show that if we could convert an old, heavy, inefficient Cape Islander vessel that’s 20 years old into something better, then everything else was going to be [easy],” she says.

See also  Reducing Emissions: How to Achieve Net Zero in the Built Environment

And this is precisely what happened. The Alutasi is presently enjoying its second life as a hybrid electric vehicle, its new 135-kilowatt motor handling all of the ship’s low-speed propulsion needs, about 60-80 per cent of its operating hours. As a result, fuel costs have decreased from 40-60 per cent depending on the tour. Maintenance costs have also dropped 60 per cent, as its diesel engine is now only used for high-speed maneuvers — the very conditions, incidentally, in which it runs most efficiently.

The Alutasi was a proof-of-concept, but also an opportunity for Molloy to develop her methodology by studying the needs of an individual ship and designing a retrofit to match. She intends to bring this customized approach to every boat she converts, whether it be used for fishing, touring, or recreating. “We make sure everyone can do the job they need to do with the system we provide,” she says.

Glas Ocean Electric is now in the process of retrofitting its second vessel — a fishing boat from the Northumberland Strait — with another ten clients booked over the next six months. The efficiency of electric motors, and the energy density of lithium-ion batteries, have advanced to the point that Molloy could comfortably build a fully electric boat right now. And if the opportunity presents itself in the next couple of years, she will; but in the realm of small commercial boating, hybrid retrofits will probably remain the norm for now.

This is because fully electric boats are best built from scratch, so that batteries can be embedded into the substructure of the deck, and the majority of small vessels in Atlantic Canada still have plenty of life left in them. Hybrid retrofits allow sailors to embrace electrification without having to say goodbye to perfectly good ships.

Sailors are an inherently cautious bunch. Molloy does a lot of sailing herself and understands only too well the hesitancy that some have to trust entirely new technology, especially if they don’t know how to fix it. This is another advantage of the hybrid approach: the original diesel engine remains in place, ready to take the reins in case of an emergency, giving sailors peace-of-mind while adopting new motors.

“We didn’t want them to be confused or even remotely intimidated by something that is completely new to them,” said Molloy.

Saving on fuel might be the most intuitive advantage of an electric motor, but it is by no means the most pronounced. Diesel engines are loud, so loud in fact that workplace studies in Newfoundland found hearing loss to be several times worse among those employed in the fishing industry. The motors installed by Glas Ocean Electric, however, dial down the volume so dramatically that captain and crew can comfortably talk without shouting, or even listen to the radio. And the amount of noise being generated underwater — famously interfering with the acoustic communication of various marine mammals — is halved by an electric motor. They also address the issue of diesel fumes, which assault the lungs of sailors at low speeds — electric motors don’t produce any.

Importantly, there is also climate change, the swift and catastrophic warming of our planet and, in particular, of our oceans. Molloy calculates that the 15,000 small vessels of Atlantic Canada, most of which lack catalytic converters, are producing no less than 1,000,000 tonnes (one megatonne) of eCO2 emissions annually, which could be reduced by 400,000 tonnes through widespread adoption of hybrid electric retrofits. Fully electric boats will, of course, perform better still.

“Anyone who works with boats knows how many emissions they’re putting out there,” said Molloy. “I know there’s something big happening on the oceans from an emissions standpoint, and it hasn’t been tackled. I know that we can have a big impact. And I’m a mom. I’m doing this for my kids, and for other people’s kids.”

It’s still early days for Glas Ocean Electric, but the sailors of Atlantic Canada have proven themselves receptive, enchanted by the idea of listening to the radio while out on the water, saving small fortunes on fuel, charging their boats overnight, and keeping their old diesel engines for peace of mind. Change is in the wind, says Molloy, and the sooner we get started, the better.

“It’s very important that we do this fast,” she said. “This is important stuff. The world’s not in good shape and we need to fix it.” 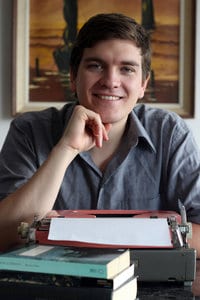