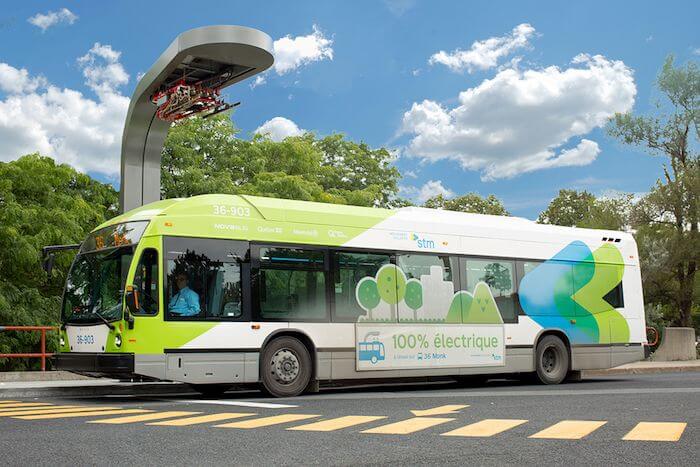 “Our new climate target for 2030 is to reduce our 2005 emission levels by 40 to 45% … and that’s why we’re investing in public transit,” proclaimed Canadian Prime Minister Justin Trudeau at an international summit earlier this year.

Trudeau, like many leaders, has realized that low-carbon infrastructure investments – such as battery and hydrogen fuel cell electric buses in public transit – are fundamental to achieving the federal government’s ambitious net-zero emission targets by 2050.

Transportation as a whole represents 25% of all of the country’s emissions. And while transit buses alone constitute a portion of this figure, they are a technological and energy gateway to heavy-duty transportation electrification and decarbonization across Canada. This is because electrified transit systems use the same chargers, the same energy storage devices and the same hydrogen fuelling systems as do trucks. And trucks most certainly do constitute a large portion of Canada transportation-related emissions. In fact, the pollution from trucking in Canada has tripled since 1990 and the sector emits as many greenhouse gases (GHGs) each year as coal-fired electricity plants.

But unlike trucks, public transit is a public sector fleet. Governments can move quickly and efficiently to create low-carbon fuelling systems of the future for heavy-duty transportation by starting with 40-foot and 60-foot bus systems, almost all of which return to base at the end of their shift and have predictable travel patterns.

Low-carbon technology in transit can help to save the world. But only if Canadians stop being passengers in this global fight against climate change, and start being the drivers who steer the bus to its final depot.

Over the past decade, Canada has polluted more, not less. Despite every Canadian political leader over the past two decades announcing from political pulpits of every ideological hue that Canada country will cut its emissions, little has actually been achieved. Between 2018 and 2019, Canada actually increased its emissions and, today, the country remains just 1.1 per cent below 2005 baselines.

Yet, Canadians ourselves are apparently unaware. According to recent research prepared for the Government of Canada, few Canadians know about the country’s pollution reduction targets and most could not even say how a low-carbon economy might affect them personally, including whether it would affect the way they fly, drive, or commute.

Transit is the place to start if we want to steer our collective bus out of the haze of climate passivity into a future of aggressive green growth.

This type of energy activity driven by transit electrification plans creates market constraints immediately for petroleum fuels. Goodbye to the long-term contracts and supply chains that get crude oil out of the middle east or Alberta’s oil sands and ship the stuff across the ocean or the country to get distributed by pipeline to our local communities, where it is combusted and pollutes our air and clogs our lungs.

Investments in public transit also carry a host of other allied benefits too, making them easy politics for any party currying favour among the electorate. Our cities are already clogged with congestion which lifted only briefly during pandemic lock downs from 2020 to today. It will only fade with more rapid and extensive transit systems. And, if we are at all serious about the economic advancement of women or of racialized and indigenous communities, then the country can’t do without more transit anyhow. It’s the backbone of social liberation.

There are signs of progress here. This year the federal government announced permanent, stable funding to large-scale transit projects. This spring I “stood” next to Minister of Infrastructure and Communities Catherine McKenna and Minister of Innovation, Science and Industry of Canada Francois-Philippe Champagne, as well as Ottawa’s Mayor, Jim Watson, as they announced $2.75 billion over five years to start the transition to 5,000 zero emissions transit buses nation-wide.

The next steps are simple. Every province needs a transit electrification plan. British Columbia and Quebec have done it already. And every city or town with transit in Canada needs a zero emissions transit target date set at the council level. A goal of 100 per cent zero emissions buses procured fleet-wide by 2040 is a fully feasible and reasonable goal today. Toronto, Montreal, Edmonton, Vancouver, York Region, Brampton, Laval have already done it. There is no reason for the country or for Canadians to delay further. 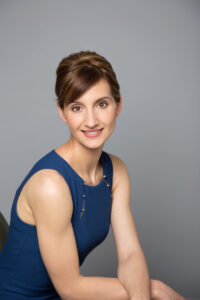 Dr. Josipa Petrunic is CEO of the Canadian Urban Transit Research and Innovation Consortium, the non-profit responsible for the development and commercialization of low-carbon transit technologies.