On February 23, 2020, Vancouver, B.C.-based Teck Resources Limited announced its withdrawal of the Frontier Project from the regulatory review process. The company will not proceed with the building of a massive oil sands project in northern Alberta, citing the ongoing debate over climate policy in Canada.

The federal government was expected to decide this week on whether to approve the $20.6 billion, 260,000-barrel-per-day project. The company said it will take a $1.13 billion writedown, which it estimated would have created 7,000 construction jobs, 2,500 operating jobs, and brought in more than $70 billion in government revenue.

The project was also expected to produce about four million tonnes of greenhouse gas (GHG) emissions per year over its 40 year lifespan, and disturb 292 square kilometres of wetlands and boreal forest. In addition, the project was expected to impact several Indigenous communities, which were consulted in the early stages of the project since 2008.

A total of 14 First Nations and Metis communities signed participation agreements with the company on the mine. However, Bill Loutitt, CEO of McMurray Metis, said while his community supported the application, the decision to withdraw was the correct one and was in the best interest of Canadians.

The project was awaiting approval from the federal government, which had been expected by the end of the month. Minister of Environment and climate Change Jonathon Wilkinson has been indicating for weeks that cabinet’s discussion would include the issue that Alberta has not set specific GHG emissions reductions targets to enforce its cap on emissions from the oil sands.

“This is a clear win for the climate, diffusing a carbon bomb that would have seen Canada adding an extra 6 MT of emissions per year for the next forty years – making it impossible for Canada to reach net zero emissions in 2050,” said Catherine Abreu, executive director of the Climate Action Network Canada. 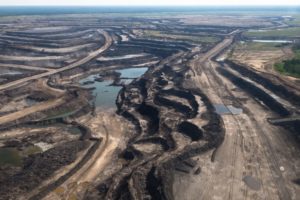 Oil Sands image from The Narwhal, by Louis Bockner of Sierra Club BC.

Others claim that the cancellation was for economic purposes. A January report from the Institute for Energy Economics and Financial Analysis (IEEFA) made the case that Teck’s application showed a “reckless disregard for the facts regarding oil prices in Canada.” According to the IEEFA, the interim permit approval was based on a poorly supported price estimate that ignored forecasts from the Canadian Energy Regulator, the World Bank, the International Monetary Fund, and oil and gas industry groups. A joint-review panel relied on a long-term oil price projection of more than $95 US per barrel provided by Teck, about $40 US higher than current prices and around $20 US higher than some other forecasts. 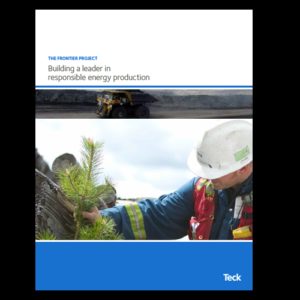 Don Lindsay, president and chief executive officer of Teck provided some key points in his announcement to cancel the project, including the following:

For further information on the background of the Teck Resources project, click here.