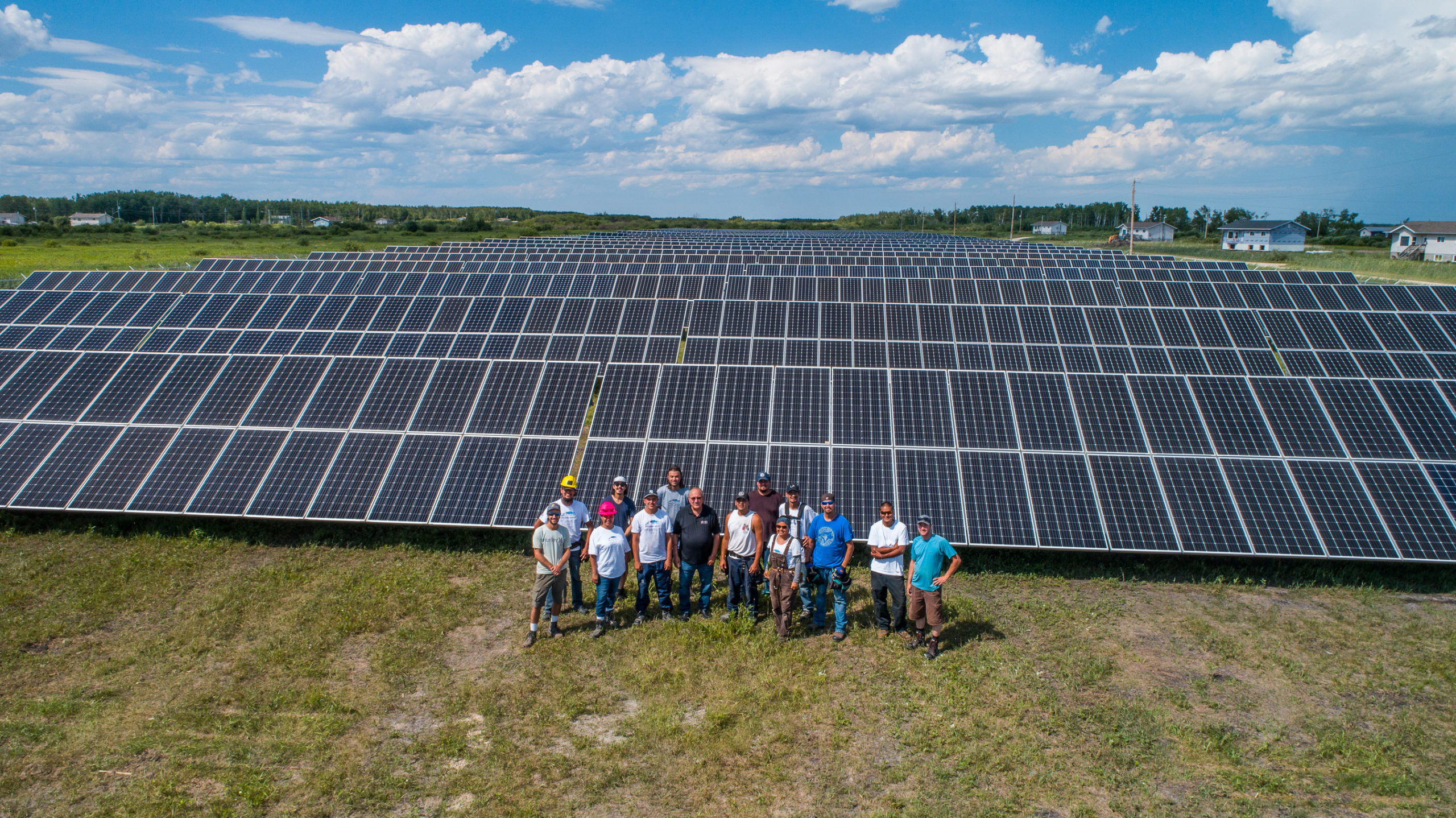 Fisher River Cree Nation has launched the largest solar project in Manitoba. The 1-megawatt facility has almost 3,000 solar panels and was built entirely by Indigenous employees. The project’s focus is to generate revenue for the community and inspire other First Nations to pursue renewable energy solutions.

“This solar project is a source of empowerment and pride for our community,” said Fisher River Cree Nation Chief David Crate. “In addition to generating revenue and training local workers in solar installation, we’re also starting a conversation about large-scale green energy. We want to show both Indigenous and non-Indigenous communities that ambitious renewable energy projects are possible without further harming the environment.”

The Fisher River community funded the nearly $2.4 million project, along with $1 million in support from Western Economic Diversification Canada.

Electricity from the Fisher River solar project is being injected into Manitoba Hydro’s grid, and the project is a source of green electricity for Bullfrog Power, a Spark Power company. “Congratulations to Fisher River Cree Nation on this shining achievement,” said Sean Drygas, president of Bullfrog Power. “This solar project is an important milestone in the advance of renewable energy in Canada, and we are honoured to support this community in making it a reality.”

“We’re trying to create a new standard for our communities,” said Isaac. “People are more enlightened about self-sufficiency and decentralized energy, and Fisher River is right at the leading edge of that.” Isaac also noted that the Fisher River solar farm could become a blueprint for other First Nations looking to generate renewable power.

The Royal Bank of Canada (RBC) will purchase the green electricity that Bullfrog Power sources from the Fisher River solar farm.

“Fisher River Cree Nation has been a remarkable advocate for solar energy,” said Tom Thordarson, senior indigenous commercial account manager at RBC. “We are proud to continue our work together—raising awareness for the long-term value of renewable energy.”

The First Nation’s commitment to sustainability does not stop at the solar farm, as the community has trained 15 certified local workers to install geothermal heating systems. These systems increase energy efficiency and have already cut the electricity costs in half for 300 homes.