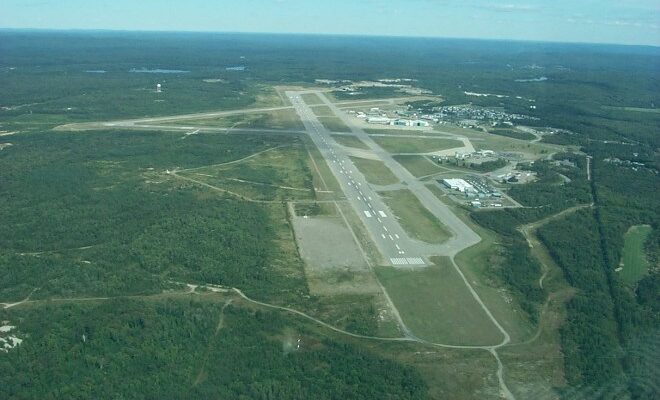 The City of North Bay and the Department of National Defence (DND) have reached an agreement that will see the federal government fund the majority of costs related to the remediation of per- and polyfluoroalkylated substances (PFAS) at Jack Garland Airport.

“The City has been working proactively toward this agreement for the past two years. It is a major step that will advance PFAS cleanup efforts at the airport,” said North Bay’s Mayor Al McDonald. “The health and safety of our residents is our highest priority and we will continue to do all we can to move this remediation work ahead as quickly as possible.”

The $20 million-contribution agreement will see DND provide up to $19.4 million over six years toward the airport PFAS cleanup, including study, removal, and remediation. The city will fund the balance of up to $600,000 over the same period. Additionally, the agreement allows the city to submit a second proposal in the future for additional costs, if required.

“Our government has been working hard with our partners to leave a better environment to future generations. Though our work to solve the PFAS issue in North Bay is complex and ongoing, we remain committed to addressing this issue with the seriousness it deserves. By working together with our partners, including the City of North Bay, we are making real progress,” said Harjit Sajjan, Minister of National Defence.

PFAS are manmade substances found in many consumer and industrial products, including firefighting foam. Past use of the airport lands for firefighter training between the early 1970s and mid-1990s has been identified as the main source of PFAS on the airport property.  Although firefighting foam containing PFAS was an accepted practice and was in accordance with regulations at that time, its use is very limited today.

Since 2017, the City has been working collaboratively with DND, the Ministry of the Environment, Conservation and Parks (MECP), and the Health Unit to support ongoing testing and monitoring for PFAS in Trout Lake, Lees Creek and residential wells in close proximity to the North Bay Jack Garland Airport lands. In order to expedite the remediation process, the City also completed its own environmental investigations into PFAS soil and groundwater contamination on the airport site.

Regulation Roundup: How to manage excess soil through “the pause” in...

The Dirt on Environmental Cleanup: Where to Start