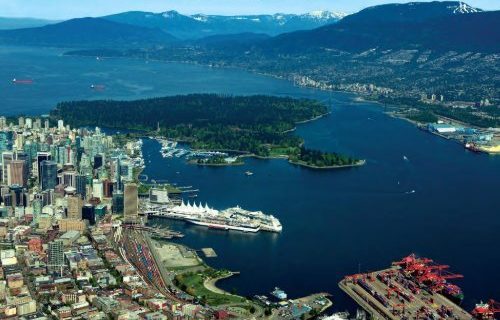 Highlights of the GCAP efforts:

City staff reported that Vancouver has exceeded GCAP 2020 targets for Green Transportation, Local Food, and Access to Nature and the that the city is leading the way with its own operations by making progress on corporate carbon pollution and waste diversion.

According to the report, GCAP has created a strong foundation for climate action and positioned Vancouver as a North American leader when it comes to sustainable building codes and transportation. Combined with provincial and federal climate actions, GCAP has decreased carbon pollution from the city’s largest sources – buildings, transportation and solid waste – by nearly 22,000 tonnes per year since it launched, while increasing our resiliency by preparing for a 100 per cent renewable energy future.

However, the report argues that these efforts are “not enough.” In 2019, carbon pollution was down 9 per cent from our 2007 baseline, falling short of the 2020 target of a 33 per cent reduction. Vancouver will need to take much bolder climate action to flatten the curve on the climate crisis. In fact, City Council declared a Climate Emergency last year to acknowledge the urgency of climate change and commit to scaling-up the city’s work.

Recommendations approved in the Climate Emergency Response call for acceleration of carbon pollution reductions by nearly five-fold – an average of 102,000 tonnes per year – to achieve the City’s 2030 target.

Progress on the 53 Climate Emergency accelerated actions was also presented to Council: nine are complete, 30 are on track, and 14 are delayed.

The Climate Emergency Action Plan, which is the new five-year action plan, will be brought to Council this fall. It is currently being developed with input from Vancouver residents, businesses and stakeholders. To help secure a central place for equity within the City’s climate emergency and sustainability work moving forward, a Climate and Equity Working Group has been formed and is providing input.