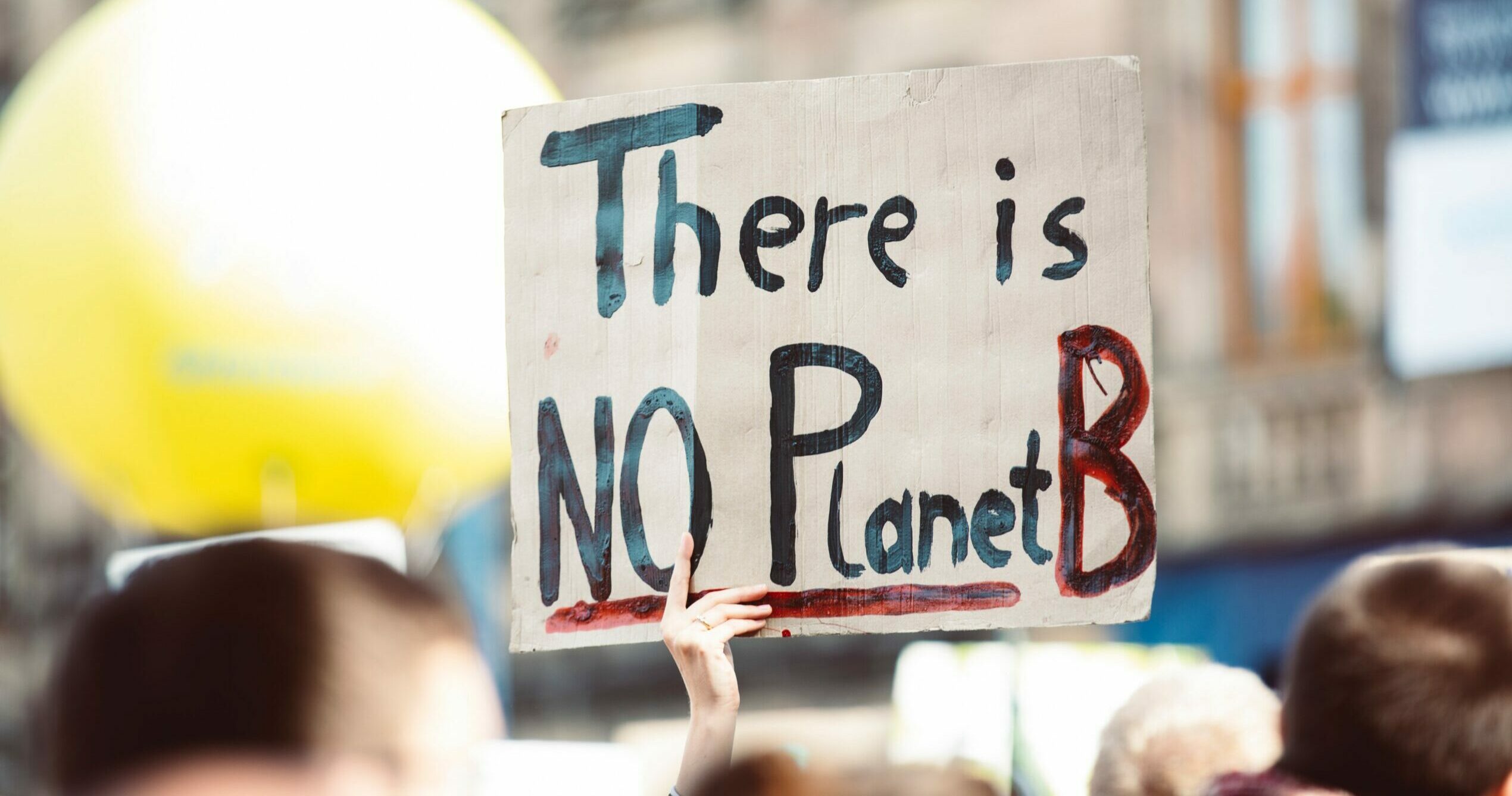 Environmental experts around the globe have pointed out that the window to reverse climate change is growing smaller each day. Tick tock…the planet’s countdown clock is ticking. It’s difficult to look to the future and not feel a suffocating dread. Especially for the youth who are inheriting the climate crisis.

My name is Kailey Dewar. At 17 years old, I am an environmental activist, youth advocate, and change-maker. When I look at the world, I see how it could be. I also see the wrong things, the things that too many people ignore.

I wish people understood what it is like to be a youth today, to have the reality of our situation shoved in our faces again and again and be powerless to stop it. If only people would listen. Instead, we have to watch while screaming, crying and pleading on the inside, completely and utterly helpless yet unable to turn away.

Recently, I had the opportunity to do an internship with global consulting firm GHD, where I had the chance to interview many talented people in the future energy field. After hearing their stories and the fantastic work happening behind the scenes, I wrote a series of articles through the “Voice of the Future” project, supported by GHD and my mentor, Tej Gidda. I had a unique opportunity to amplify my voice and other young people’s voices like me.

This series contains the unfiltered truth of how I and thousands of other youth feel. As a recently published author of “The Harder You Fall” and an English enthusiast, I’m working to do my best to showcase the voice of the youth.

Unfortunately, because I am a youth, my opinion may be considered useless to some. However, it will be my generation facing the impacts of whatever actions today’s politicians make, or more accurately, the ones they refuse to make.

Just how bad is humankind’s battle going to be? Science has proven the dooming fate before us. One need only look at the most recent report from the Intergovernmental Panel on Climate Change (IPCC) — the United Nations (UN) body that assesses the science of climate change. This sixth report on the state of the world’s climate took approximately eight years to produce and is the result of 234 authors from 66 countries reviewing more than 14,000 peer-reviewed research articles on climate change that result in a “code red for humanity.” Yet too many of my elders still choose to turn a blind eye, to leave the destruction of our planet for children to fix. A generation responsible for a large portion of the deterioration still doesn’t understand the impact they have made nor acknowledge what needs to be corrected.

Why should I be denied my future because of those unwilling to act? The facts about climate change are out. Brave people are fighting and answers to our problems are being solved. But it is not enough. Not when the majority is still not willing to change. Not when those who have power ignore their responsibility or cast solutions aside for a variety of excuses.

Kiersten Bell, a graduate from Guelph University with an Environmental Engineering degree, was in one of her classes when a professor would not talk about climate change because he “didn’t want to get political.”

At what point did climate change become a political problem rather than a collective problem?

As Bell says, “Stop politicizing it. Leaders need to take ownership and realize they will make it or break it. They need to make those hard decisions that aren’t supposed to be hard.”

She is right. The decision to actually fight climate change should not be hard. It is beyond devastating that our society is so brainwashed to think it is. Climate disasters will only worsen with time, and young people need to band together. We must continue to pressure our governments and businesses that refuse to change.

Like me, Bell also feels climate change has impacted her mental health. “Times now are very different. I can’t imagine being in high school with everything going on. I think climate change is just as dreadful as it has ever been. But it is not a can we do it; it’s more of a will we do it. That’s where the dread comes in and that is the unknown. I still don’t know what will happen with it. We have all this technology and everything that is going on. But why is no one doing anything?”

I am constantly anxious, but I can’t stop it because I am trying to fix something I have no voice in. This feeling has been ingrained in me for as long as I can remember. I don’t even know when the fear was placed in my head.

How do we picture this future?

I picture politicians spewing promises they cannot fulfil. I picture a world of cruelty, where kindness is last, and money comes first, all because we cannot get our priorities straight – taking care of this planet.

Rippan Bhattacharjee, a recent graduate from the University of Victoria with a Bachelor of Mechanical Engineering, said something that put things into perspective for me. “They talk about the adverse effects of climate change on our future, but I don’t even think about the future. I feel like our present is bad enough in terms of climate impact that something needs to be done yesterday.”

It’s true. I am always looking toward the future. Hydrogen energy, carbon capture utilization and storage (CCUS), renewable natural gas (RNG), etc. But maybe I don’t look enough at the here and now. So maybe focusing on what we can do today would be better.

The one thing that gives me hope is that my generation is not giving up. According to Bell, more and more young people are coming into the climate change fight, and more and more want to do it.

I also interviewed Zendaria Telfer, a recent graduate who works as a project coordinator for Future Energy with GHD.

I noticed a pretty big difference between her views and my own. Perhaps this is because I live in Canada, and she lives in Australia. All countries are handling the climate crisis differently and I wonder how that affects the young people around the world, what differences there are, and what similarities connect us.

One similarity I believe must run throughout the globe is the effect on mental health. Telfer mentioned that when those negative thoughts come in, she focuses on what she can contribute rather than allowing those dark thoughts to affect her mentally. However, Telfer, Bell, Bhattacharjee, and I remain optimistic that change will happen.

As Telfer says, “I have hope because of the brilliant people I work with and interact with daily. We are doing great things in this space, which gives me hope for the future. Rather than letting the issues overwhelm us, we are encouraged to meet it head-on.”

So why do the majority still feel this way? Why is there still no hope when so many great things are going on!? Because no one knows enough about it, it’s not taught in schools, and not talked about enough on the news or social media.

The media has a certain strategy they can use to present information — it’s called “clickbait.” They want people to be afraid. The catchy headlines that say, “the world is ending!” are meant to keep people invested and constantly checking for updates. But unfortunately, they only show one side of the story. Social media algorithms are made to show the bad over the good. As Bhattacharjee says, “Google’s algorithms are geared in a way that will feed people exactly what they want to hear, as opposed to what they should hear, which can lead them into rabbit holes and start to believe the misconceptions at that point.”

We need to be more aware of the different between information and disinformation. Sometimes it’s very difficult to tell the difference between the two.

In addition to spreading misinformation like wildfire, youth are often not involved in critical conversations. “I sense that our futures may be questionable. But having said that, I find comfort in knowing that the people I work with for decarbonization are incredibly passionate and hardworking,” says Bhattacharjee.

Knowing what is going on in this industry gives people hope. And gives me hope.

Like many, Telfer wants to fight climate change. “I just want a healthy climate for our future generations. I want to bring my children and their children to the islands their ancestors are from. It saddens me that they are already experiencing the effects of climate change.”

Of course, we all want the same thing: to save our planet. But to do that, we need to give future generations hope and an opportunity to participate in these critical conversations.

In the meantime, society should do a better job of protecting those who cannot protect themselves.

Kailey Dewar is a young published author who communicates about the social issues plaguing society. She’s passionate about the environment and her goal is to help others understand what climate change does to youth and how to put an end to it.

This is the second installment of Environment Journal’s NextGen Leadership column.

The Cost of Climate Change: Understanding the economics of climate action...