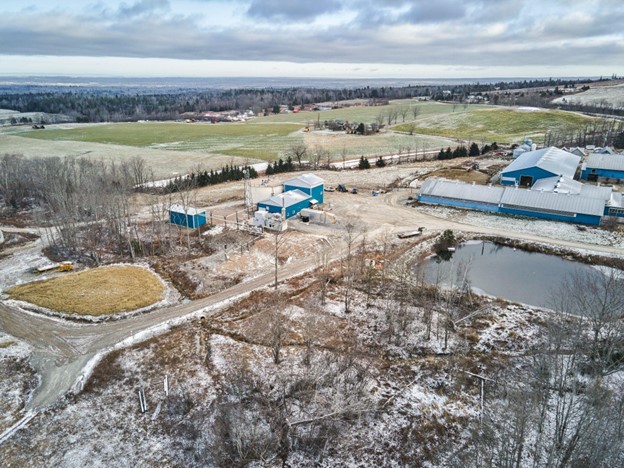 Investments in Canada’s renewable energy industry are rising and will only continue to grow through the next decade. Though renewable energy sources currently only make up 18.9 per cent of Canada’s total primary energy supply, this number is expected to increase dramatically over the next few years due to shifting government policies, consumer feedback, and technological advancements related to renewable energy.

The current Canadian renewable energy landscape is primarily made up of projects in the wind and solar energy industries. These energy sources have been around for longer and make up the majority of renewable energy projects in Canada. Bioenergy, or energy created from biogas and biomass, holds a smaller market share in this landscape but is gaining some traction.

Biogas’s distinct advantages over these more well-known types of energy are its reliability (known as “reliable baseload”) and its fuel storage capacity. As a result, biogas technologies can improve the Canadian energy industry, increasing the number of clean energy projects seemingly out of thin air.

When organic matter decomposes, it releases what is known as “biogas.” By placing organic waste, such as food waste, in a closed vessel while it is decomposing, the biogas can be captured, which prevents its release into the atmosphere as a greenhouse gas and ultimately allows it to be used as a fuel source. 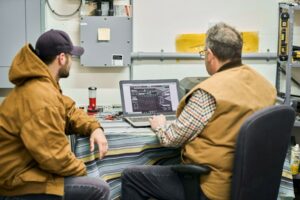 Technological developments in anaerobic digesters have given us the most efficient way to capture and produce biogas energy. Digester construction is an integrated process offered by many different suppliers.

There are many different plant designs, though most use a large concrete tank as the vessel for depositing organic materials. The ability of anaerobic digesters to purify waste, capture methane, and return digested organic material to the soil makes them an ideal method for managing food waste. Digestate is the term for organic waste that an anaerobic digester has processed. Although anaerobic bacteria have removed some nutrients to make methane, there is still sufficient organic matter to benefit the soil. This digestate can be applied to soil directly, or incorporated into other value-added soil amendments, ensuring continued value creation from waste.

Once the biogas has been captured, there are two potential outlets. First, biogas can be upgraded to make renewable natural gas (RNG), a fossil gas replacement fit for the natural gas pipeline or used in natural gas-powered vehicles. The other option is passing the RNG through an engine or turbine to produce renewable electricity. In this case, the heat produced by the engine can also be utilized, such as to heat adjacent buildings.

The history of biogas: from Europe to North America

The EU renewable energy market is well-known to be 25-30 years ahead of the North American market, and is now reaping the rewards of their early adoption and innovation in renewable energy tech. In Europe, biogas is a key player in the renewable energy landscape because it provides a base load of energy to offset the fluctuating nature of wind and solar. Investments made into this industry mean that European biogas technology producers can now export these processes and technologies worldwide.

When Tom Ferencevic, CEO of Fitec Environmental Technologies, now a provider of environmental and biogas solutions across North America, first learned about biogas and its uses in Europe, he recognized that it represented an exceptional opportunity to create environmental change in North America.

At the time, he was the research coordinator for the Ontario Greenhouse Vegetable Growers Association, responsible for R&D surrounding environmental initiatives that could help reduce growers’ energy costs. Anaerobic digestion seemed like an excellent opportunity, not just for greenhouse growers but for all agricultural producers, to make the most out of an otherwise wasted resource and simultaneously reduce pressure on the environment. He says, “When I learned about biogas, it felt like the perfect opportunity to help farmers be more profitable, tackle the food waste problem, and address climate change simultaneously.” 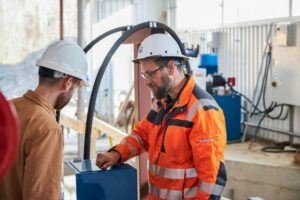 Though biogas is not directly related to the agricultural process, it was obvious that this system could create a win-win opportunity for those involved in agriculture and, by extension, the environment.

Biogas creates a responsible way to manage on-farm waste, making farmers money from something that was previously an environmental liability, namely manure. In addition, it offers a way to diversify agricultural income by creating two new revenue streams: energy production and accepting off-farm wastes. Finally, biogas helps the environment by reducing landfill use and improper waste disposal, allowing digestate to be reapplied to the land instead of locked in a landfill, and capturing the greenhouse gases that would otherwise escape into the atmosphere. Despite these benefits, biogas has been slow to catch on, and fewer than 100 plants have been built on farms across Canada, which means there is still a large potential in this market.

The Current Landscape of Biogas in Canada

Courtney Blois, agrologist and family member of Courthouse Hill Farm in Nova Scotia, who have diversified their farm operations with a Fitec Self-Cleaning Digester System, says that since beginning to apply digestate on their land, they have been able to decrease their recommended amounts of chemical fertilizer by 20 per cent. According to Blois, they’re now able to apply the digestate after a cut and not apply any other fertilizers. “We come out with a lusher, deeper green crop than if we had applied chemical fertilizer,” she says.

Many renewable energy projects in North America are moving toward compressed natural gas because of the government’s clean fuel standards. There is a huge demand for renewable natural gas (RNG), and projects can’t be built fast enough to meet this huge market demand. In the United States, most digester projects are based on manure as a fuel source, but because manure is not very energy-dense, you need very large quantities to make a project viable.

In Canada, we don’t have large enough farms to produce the required amounts of manure to make those types of projects work here. There are however other potential fuel sources that can be better exploited. Millions of tonnes of food waste are going to landfills every day and could be processed to capture the methane. Energy crops are another way to create renewable fuel.

In order to move towards a more sustainable, cleaner energy future in biogas, there is a need in Canada for a more comprehensive policy framework, not the patchwork policy that is in place today. As it stands, the price paid to RNG producers is not high enough, which has prevented widescale adoption across multiple industries. This price doesn’t consider the holistic costs of diverting organics and constructing and operating biogas facilities. Policy changes need to be implemented to ban organics in landfills, which will help divert these organics to create clean, renewable energy.

Increasing the number of biogas projects across the country will affect overall sustainability and energy efficiency. The economy will also benefit from a diversified energy supply. Moving forward, implementing policies that optimize the price of RNG and encourage responsible waste management, as well as project permitting, can all together make a strong impact on Canada’s renewable energy landscape. 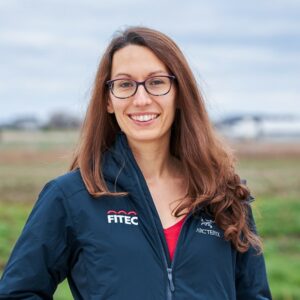 Mariane Ferencevic is the Director of Business Operations at Fitec Environmental Technologies.