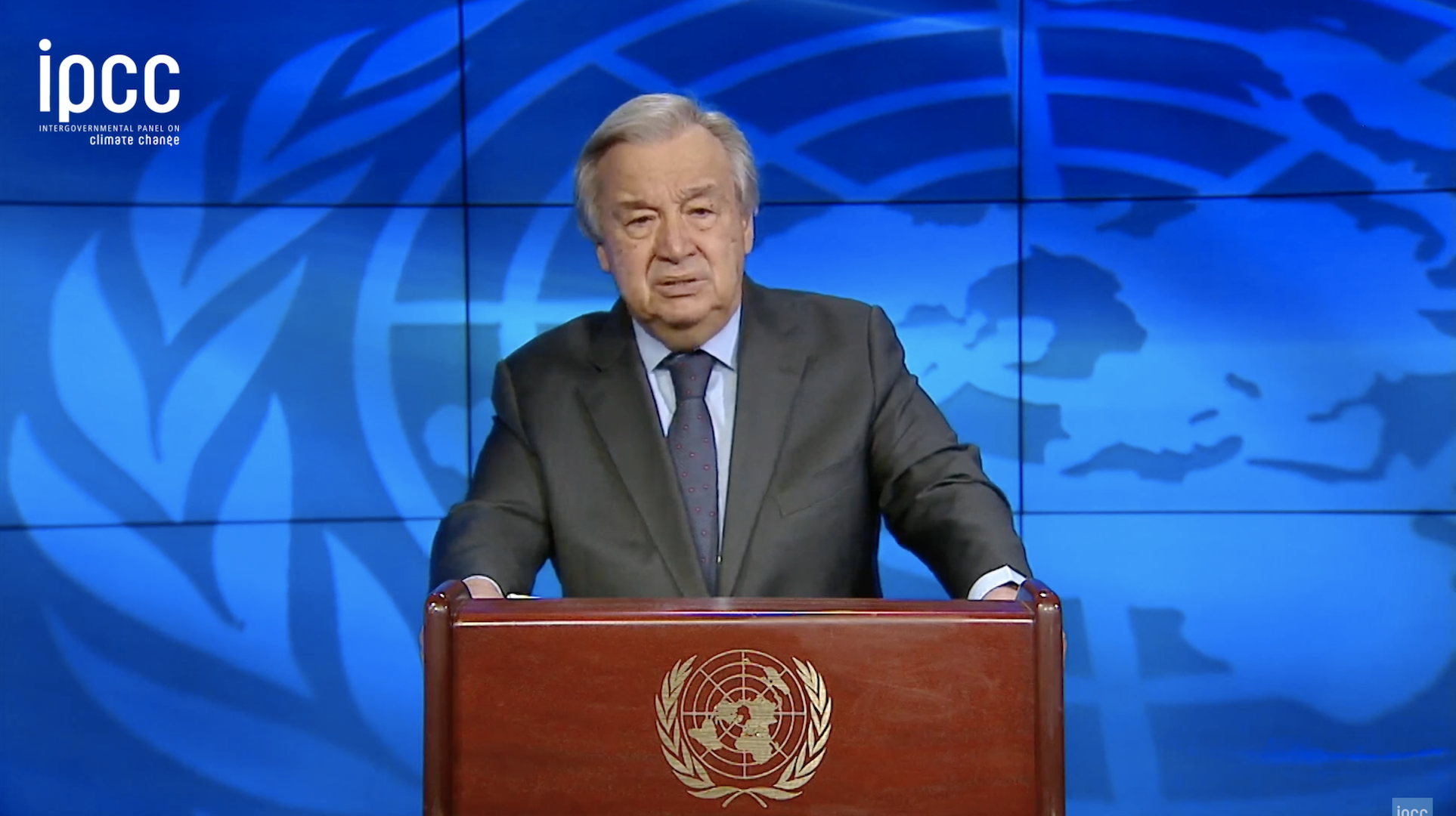 The Intergovernmental Panel on Climate Change (IPCC) has released the second part of the Sixth Assessment Report, Climate Change 2022: Impacts, Adaptation and Vulnerability, the Working Group II contribution to the Sixth Assessment Report. It was finalized on February 27, 2022 during the 12th Session of Working Group II and 55th Session of the IPCC.

The report reveals that no part of the world, including Canada, is safe from climate impacts. Furthermore, the most vulnerable people in society are on the frontlines of the climate crisis, including Indigenous Peoples, racialized people, children, the elderly, women, and people with disabilities.

The report also demonstrates that deep, fast cuts to greenhouse gas emissions are essential to prevent exponentially increasing impacts and keep global temperature rise below 1.5°C. The data indicates the high costs of inaction, such as more severe floods, forest fires, heat waves and droughts that destroy communities and cause environmental and economic damage.

“As current events make all too clear, our reliance on fossil fuels makes the global economy and our energy security vulnerable to geopolitical crises,” said António Guterres, Secretary-General of the United Nations. “Instead of slowing down decarbonization, now is the time to accelerate the transition to a renewable energy future.” For the first time, this IPCC report highlights the urgent need to prioritize environmental justice. Changing course means transforming social and economic systems to prioritize the health, safety and well-being of the poorest and most at-risk people. The report also recognizes the critical importance of Indigenous-led climate action and the need to uphold Indigenous rights and sovereignty.

Organizations such as Climate Action Network – Réseau action climat (CAN-Rac) Canada are calling on the federal government to demonstrate it understands the urgency of this landmark report by immediately tabling it in Parliament for an emergency debate.

CAN-Rac Canada urges the federal government to open a national conversation on current impacts and projected economic and non-economic losses and damages in Canadian regions and cities by tabling the bill for an emergency debate in Parliament.

As a high emitters and large producer of fossil fuels, Canada can play a leading role in cutting emissions and prepare people and communities to face climate impacts, while offering thoughtful and robust support for workers. In March, the federal government will unveil its upcoming Emissions Reduction Plan and details around the oil and gas emission caps.

Globally, the report indicates that approximately 3.3 billion people are living in countries with high human vulnerability to climate change and over 20 million people have been internally displaced every year since 2008 by extreme weather-related events.

Overview of takeaways for Canada according to CAN-Rac Canada:

“The science is clear: to avoid nightmare scenarios, we must end our dangerous addiction to oil and gas, which is fueling the climate crisis, devastating nature, shortening lives, and making the world poorer,” states Eddy Pérez, international climate diplomacy manager, CAN-Rac Canada.

“Governments at all levels must make urgent and deep emissions cuts to protect us from terrible health impacts and irreversible losses of biodiversity. This IPCC report presents us with a choice: either we continue down the road to disaster, or we work together to build a more equitable, just, and safe world.”

Adds Severn Cullis-Suzuki, executive director of the David Suzuki Foundation: “Canada must confront its climate paradox and make better decisions, with eyes wide open. We can choose bold climate action and invest in our clean energy future. We can choose better health, long-term jobs and more resilient, safe and equitable communities. Or we can keep supporting a polluting industry with dwindling jobs and a toxic legacy that concentrates wealth with a corporate elite at the cost of their workers, Indigenous rights, frontline communities and all life on Earth. We can’t choose both.”