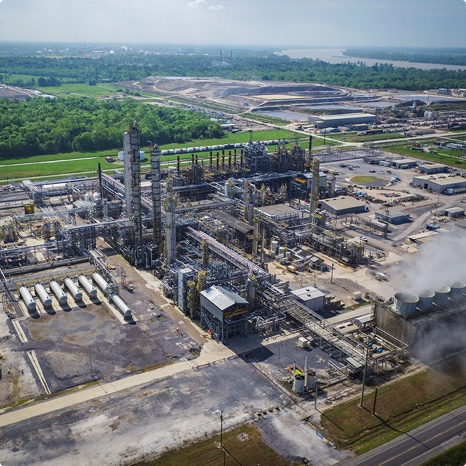 The program will use the proceeds of Canada’s carbon pollution pricing system for heavy industry—collected in Manitoba, New Brunswick, Ontario, and Saskatchewan—to support low carbon technology projects in those provinces. Approximately $161 million from the 2019 compliance period will go towards projects that reduce carbon pollution.

“A healthy environment and a healthy economy go together. The Government of Canada is reinvesting all direct proceeds from the federal carbon pollution pricing system right back to the provinces of origin, as promised,” said Steven Guilbeault, Minister of Environment and Climate Change. “This new Output-Based Pricing System Proceeds Fund will cut pollution, support workers, and keep us on track to reach our emission reduction goals.”

The Decarbonization Incentive Program (DIP) is a merit-based program to support clean technology projects that will help decarbonize industrial sectors over the long term and reduce GHG emissions. The amount of funding available through the DIP for each province varies depending on the carbon pricing proceeds collected from facilities in each respective province where the federal OBPS currently applies or applied in the past. The DIP is currently accepting applications for project funding to return OBPS proceeds collected in the 2019 compliance period.

The Future Electricity Fund (FEF) will support clean electricity projects and/or programs. Proceeds collected from electricity generating facilities covered by the OBPS (such as utilities) will be returned through funding agreements with governments of jurisdictions where the federal carbon pollution pricing system currently applies or applied in the past.

To mark the launch of the new program, Guilbeault and Viviane Lapointe, Member of Parliament for Sudbury, participated in virtual tours of Vale Mining’s operations in Sudbury Ontario, and NOVA Chemicals, to see first-hand their latest initiatives to reduce operating emissions.

“Since the 1970’s, Sudbury has seen an environmental revival, as a result of our vital industries rising to the challenges and incentives that come with forward-thinking government policy, regulation and investment,” said Lapointe. “Sudbury and Canada are recognized global leaders in responsible and sustainable mining. The world needs more Canada, and we will continue to bring this expertise to the world.”

The OBPS is the regulatory trading system for industry under Canada’s carbon pollution pricing system. The federal OBPS is designed to ensure there is a price incentive for industrial emitters to reduce their GHG emissions and spur innovation. It helps to maintain competitiveness for industries that compete internationally by protecting against the risk of industrial facilities moving from one jurisdiction to another to avoid paying a price on carbon pollution (known as “carbon leakage”).

The federal government is currently reviewing the federal OBPS. A key change being proposed is the addition of an annual tightening rate on performance standards. Consultations closed January 24, and proposed federal regulations will be published in the first half of this year, with final regulations coming into force next January.