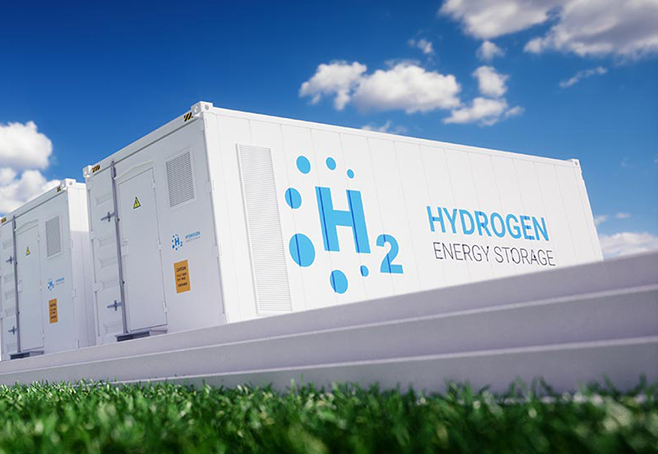 Every year in April we celebrate Earth Day and the birth of the environmental movement in 1970, which over the years has become the largest participatory movement on the planet.

In an eventful five decades since, there have many challenges, from Love Canal and Superfund sites to lead and “forever chemicals” in our water and plastics in our world’s oceans. In North America, there have also been important achievements like the Resource Conservation and Recovery Act, the Clean Air Act and Clean Water Act, in the United States, and the creation of Earth Day Canada in 1990. There is also growing awareness and understanding of the inter-related issues that impact the health of our planet, including climate change.

Now, with pressures from world events, we seem to be upon another environmental and economic threshold. Despite that, we can pause to take a deep breath and celebrate the recent passage of the Infrastructure Investment and Jobs Act (IIJA), the largest such program since the Federal Highway Act of 1956 in the U.S. With its important environmental impact, the IIJA provides $54 billion for water infrastructure, including lead service line replacement and addressing PFAS; $46 billion for resiliency, including flood mitigation, wildfires and drought; $7.5 billion for build out of infrastructure for electric vehicle charging; $8 billion for regional clean hydrogen hubs; $12.5 billion for carbon capture, utilization and sequestration (CCUS); and many other items which are intricately interrelated to the energy transition.

Our earth and energy

There is no getting away from the realities of fossil fuels and their impact on climate change. The 1970s brought about greater environmental consciousness coupled with an oil crisis that resulted in disruptions of oil supplies from the Middle East. This created difficulties for the west, including the U.S., as we relied on energy exports from the region.

We now seem to be on a similar course, driven again by tumultuous world events. As we race against the clock to stop the potentially catastrophic 1.5-degree Celsius rise of global temperature, according to a recent United Nations report, clearly, the world needs to shift away from fossil fuels to cleaner, net-zero emissions sources. This includes alternate energies such as wind; solar; hydroelectric; renewable natural gas, derived from renewable sources with lower life cycle carbon dioxide emissions; and, in our view hydrogen and CCUS.  As we have seen historically, significant needs always drive technological and other innovations and climate change is no different.

Low-carbon hydrogen has tremendous value in the clean energy world. It plays a key role in many net-zero scenarios analysis, such as the International Energy Agency (IEA)’s Net Zero by 2050 Roadmap which predicts a six-fold growth of hydrogen use to meet 10 per cent of total final energy consumption by 2050. CCUS also is a clear transition to help allow the hydrogen economy to grow now and then transition to greener alternatives as technology and capacity catches up.

One of the advantages of hydrogen is its versatility as it can be used not only as a feedstock for fuel refining and fertilizer production (90 per cent of current uses), but also as an energy carrier for transport, power production, residential or industrial heating.

There are hard-to-electrify sectors (e.g., high-temperature industrial processes, heavy-duty transportation) and hydrogen has a key role to play in these applications.

Certainly, hydrogen generation and related infrastructure need to be scaled up to reduce net costs and solve distribution issues. However, another advantage of hydrogen is its ability to leverage existing natural gas infrastructure and workforce. In many cases, we can blend up to 20 per cent hydrogen into our gas distribution system today – which would reduce CO2 emissions by six to seven per cent as hydrogen has around a third of the calorific value of natural gas by volume. Hydrogen also complements variable renewables, such as solar and wind, as otherwise-curtailed renewable electricity can be stored as hydrogen by powering electrolyzers. The stored hydrogen can be utilized later using fuel cells.

In Canada, the Montem Resources project in Alberta is a first-of-its-kind energy transition that will convert an idle coal mine into the greenest energy complex in the province. Using the mountain’s favorable topography for pumped-hydro energy storage, powered by nearby wind turbines, along with a green hydrogen production facility, Montem will produce hydrogen at 95 per cent lower carbon density. The project will contribute to Alberta’s overall decarbonization efforts, reducing emissions and positively influencing multiple industries, including heavy-haul transport and regional coal mining operations.

North America is rapidly catching up to other areas across the globe and will quickly become one of the leaders in this space, and organizations such as GHD are helping to lead the way.

Importantly, newer solutions like hydrogen, as with wind, solar and electric vehicles, can reduce our dependence on fossil fuels and foster energy independence, while creating potential new industries and jobs for the future.  Many of the environmental issues we face may seem daunting.  Earth Day is a powerful reminder that all of us, with our shared ingenuity and passions, can become responsible stewards of this complex and wondrous environment we inhabit.

As this year’s Earth Day theme says, we must “Invest in Our Planet.” Ted Whiton is the executive general manager – USA for GHD, a global professional services company that leads through engineering, construction and architectural expertise.

A robust hydrogen strategy will help with Ontario fuel transition

Investments for energy-efficient buildings in B.C.