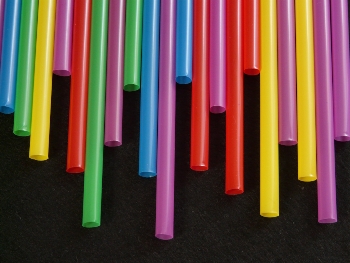 Several major environmental organizations are applauding the Government of Canada’s decision to list “plastic manufactured items” on Schedule 1 under the Canadian Environmental Protection Act (CEPA) and urge the federal government to move quickly to finalize a meaningful ban on non-essential single-use plastics by the end of 2021.

The action gives the federal government the authority to regulate plastic products to keep them out of incinerators, landfills, and the environment, including a national ban on single-use plastic items, such as checkout bags, take-out containers, straws, stirrers, cutlery, and six-pack rings. The listing is a critical step in Canada’s plan to address the growing plastic pollution crisis, enabling regulations that would reduce unnecessary plastic use, and support a non-toxic, low-carbon circular economy.

“Current scientific evidence confirms that plastic pollution is ubiquitous in the environment, and that macroplastic pollution poses an ecological hazard, including physical harm, to some animals and their habitat. The Minister of the Environment and the Minister of Health (the ministers) are satisfied that plastic manufactured items meet the ecological criterion for a toxic substance as set out in paragraph 64(a) of the Canadian Environmental Protection Act, 1999 (CEPA or the Act). In order to develop risk management measures under CEPA to address the potential ecological risks associated with certain plastic manufactured items, the ministers recommended that the Administrator in Council make an order adding “plastic manufactured items” to Schedule 1 to the Act (the List of Toxic Substances).”

Plastic pollution has been identified by the United Nations as the second most ominous threat to the global environment after climate change. Every year, more than three million tonnes of plastic waste is thrown away in Canada, with 91 per cent ending up in landfills, incinerators or directly in the natural environment.

“Plastic pollution is a global crisis and it’s gotten worse during the pandemic, with a whopping 250 to 300 per cent increase in single-use plastics alone,” said Karen Wirsig, the plastics program manager with Environmental Defence. “The Canadian government must do its part and stand up to companies that profit from pumping plastics into our environment. That’s why we support the minister in standing firm on his intention to regulate plastics under CEPA. The clock is ticking. We’ve got to act now.”

Canada has an opportunity to join other global leaders in the fight to end the plastic disaster. Many countries around the world have already banned certain single-use plastic items and 170 countries have pledged to significantly reduce plastic use by 2030. The European Union’s single-use plastic ban will be in force this summer.

“Now that the government has confirmed the listing of “plastic manufactured items” under the Canadian Environmental Protection Act, Canada can move forward with regulatory action to tackle plastic pollution,” said Lisa Gue, a senior policy analyst with the David Suzuki Foundation. “We were appalled to learn that dozens of industry interests attempted to block this first step, and we’re grateful that the environment minister is standing firm.”

For further information on the new regulations, click here.