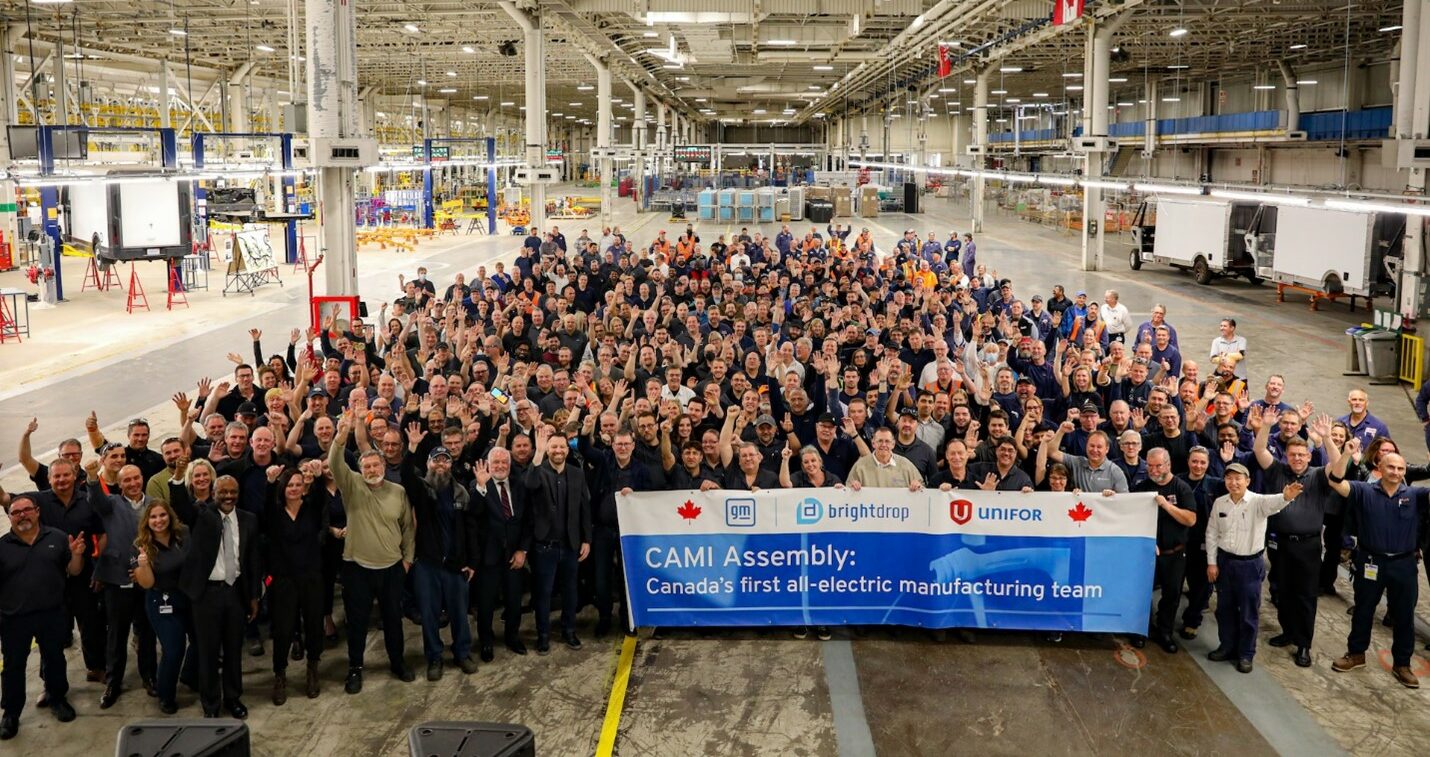 This project is expected to help secure the province’s position as a global automotive hub with the vehicles of the future being built in Ontario by Ontario workers, from start to finish.

“Today’s exciting, made-in-Ontario milestone is more proof that there is no better place to build the cars of the future from start to finish than right here in Ontario,” said Ontario Premier Doug Ford. “From the critical minerals in the north to our manufacturing excellence in the south, Ontario has every advantage and will continue to build on our legacy as a global automotive leader for decades to come.”

In April, GM Canada announced an investment of more than $2 billion to transform its CAMI and Oshawa manufacturing plants and improve operations across all of its manufacturing and R&D facilities in Ontario. This investment was supported with $259 million in funding from the province.

“This is truly an exciting day for Ontario as we celebrate the grand opening of GM Canada’s transformed CAMI manufacturing plant and the first all-electric vehicle manufacturing facility in Canada,” said Vic Fedeli, Minister of Economic Development, Job Creation and Trade. “Watching the first BrightDrop vehicles roll off the assembly line, it is clear that Ontario will build the cars of the future.”

“I am especially proud of the BrightDrop and CAMI teams working together to take the Zevo 600 from concept to commercialization in less than two years, making this the fastest launch in GM’s history,” said Marissa West, president and managing direcgtor of GM Canada. “Electric-vehicle manufacturing in Canada is no longer something that’s happening in the future. It’s here and it’s now. That’s good for Canada, and good for the planet.”

The size and scope of this investment will accelerate the speed of Ontario’s 10-year vision for the Driving Prosperity ― The Future of Ontario’s Automotive Sector plan. Phase 2 of Driving Prosperity is an important part of the government’s plan to transform the province’s automotive supply chain to build the cars of the future, including the production of hybrid, battery EVs, EV battery production and increasing exports of Ontario-made auto parts and innovations.

Over the last two years, Ontario has attracted $16 billion in transformative automotive investments by global automakers and suppliers of EV batteries and battery materials. This includes more than $12.5 billion in EV and EV battery-related manufacturing investments.