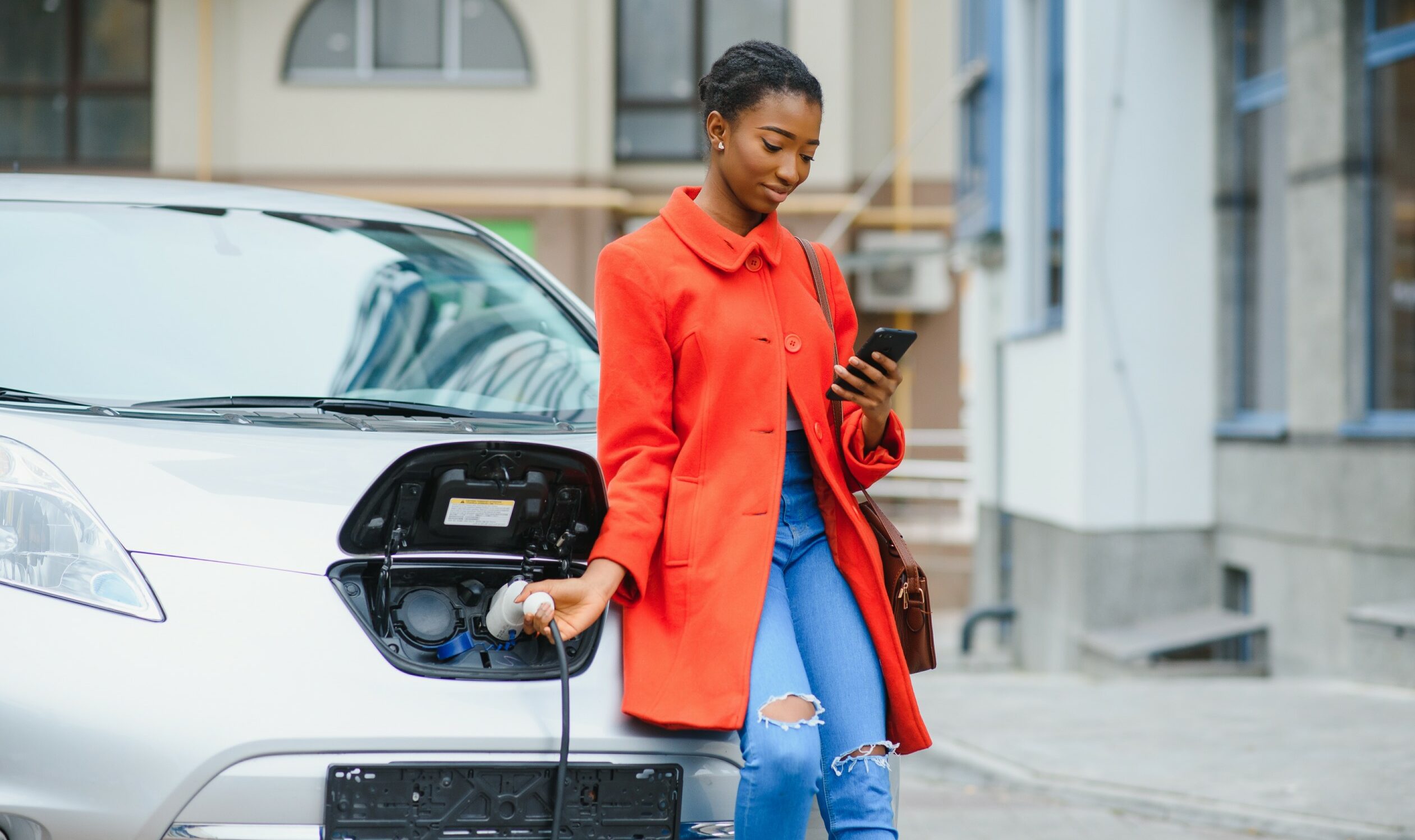 Umicore N.V., a multinational circular materials technology company based in Belgium, plans to make a $1.5 billion investment to build a first of its kind industrial scale cathode and precursor materials manufacturing plant in eastern Ontario.

This investment would support Ontario’s vision of building an end-to-end electric vehicle (EV) supply chain in the province and becoming a North American hub for building the cars of the future. Building the facility will provide employment for around 1,000 people in the construction phase and employment for several hundred in operations.

Umicore will build a near-carbon-neutral facility in Loyalist Township to manufacture cathode active materials (CAM) and precursor cathode active materials (pCAM). The components are critical in the production of EV batteries. The investment represents an important step forward on the path towards Ontario’s goal to develop a vertically integrated battery supply chain in the province able to support large-scale EV production in North America.

Cathodes account for about 50 per cent of the value of an EV battery and contain key critical minerals such as nickel, cobalt, manganese, and lithium. This historic investment in eastern Ontario would further connect Northern Ontario’s mineral sector to EV manufacturing in the south. Each component of the battery supply chain plays an important and interconnected role in the production of EVs.

“Ontario has everything it needs, up and down our homegrown supply chain, to remain and strengthen its position as a North American auto manufacturing powerhouse,” said Ontario Premier Doug Ford. “Umicore plans to bring this part of the EV supply chain to Ontario which will continue to transform our auto sector and create good jobs.”

At full production, the plant will produce annual cathode material volumes sufficient to manufacture batteries for one million battery-electric vehicles – almost 20 per cent of all North American EV production at the end of the decade. Umicore’s plant will leverage Ontario’s clean electricity system, that was more than 90 per cent emissions-free in 2021. Ontario is also developing a clean energy credit (CEC) registry that will enable companies like Umicore to voluntarily purchase CECs to demonstrate that all of their electricity has been sourced from non-emitting resources.

The Umicore plant would be the first of its kind industrial scale facility that combines production of CAM and pCAM at the same facility. Spanning about 350 acres, construction is targeted to begin in 2023 with operations planned for the end of 2025.

“This important investment by Umicore will turn Ontario into a North American leader in this high-value segment of the EV supply chain and further connect Northern Ontario’s mineral sector to EV manufacturing in the south,” said Vic Fedeli, Ontario’s Minister of Economic Development, Job Creation and Trade. “With recent success attracting major investments to the province, our government is staking Ontario’s claim to developing and building the batteries that will power vehicles of the future.” 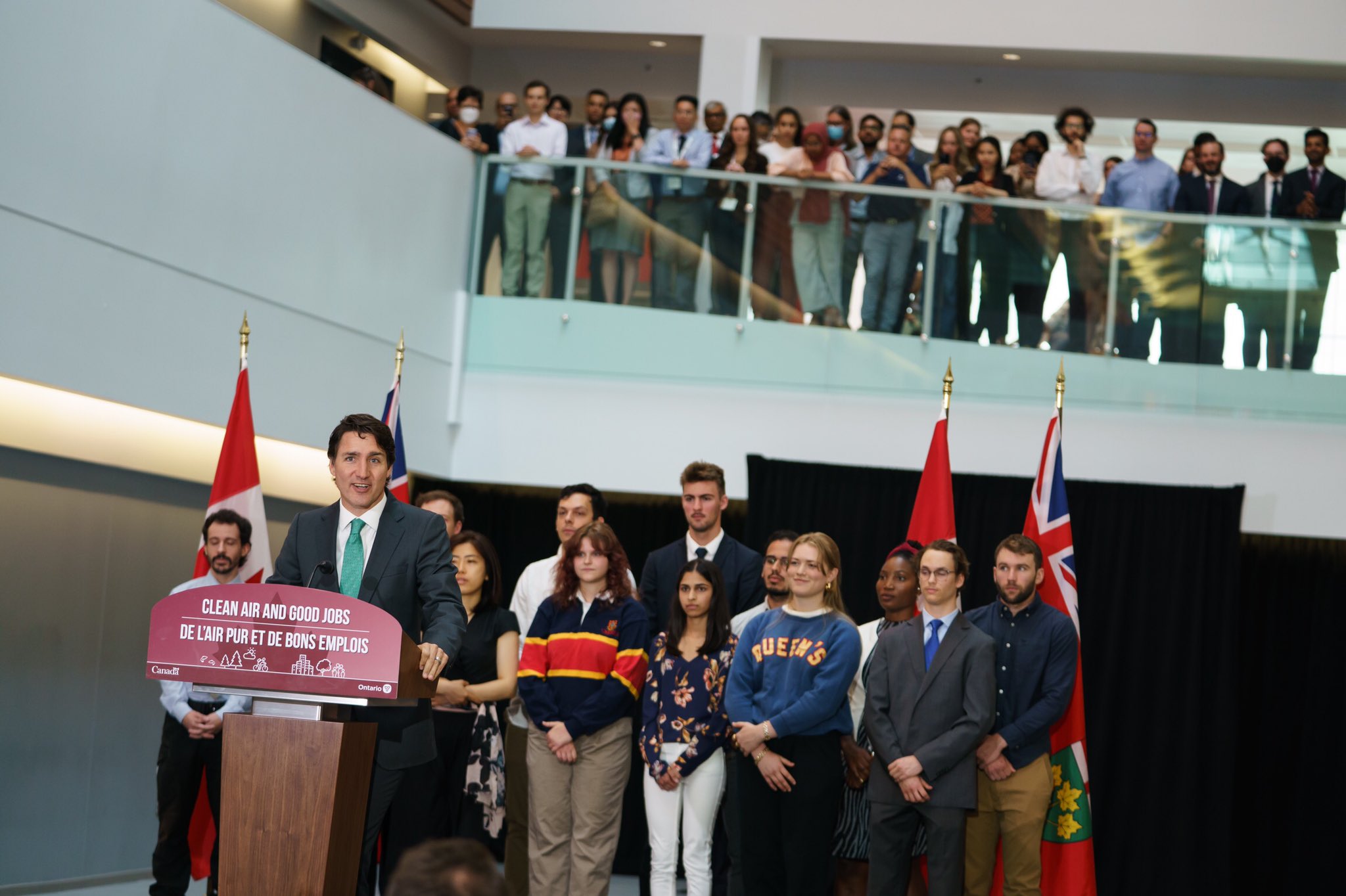 Prime Minister Justin Trudeau made the announcement in Kingston, Ontario. “Umicore’s intention to establish its new facility in Loyalist Township is another major step forward as we make Canada a global leader in producing electric vehicles – from minerals to manufacturing. With over 1,000 good jobs to build the plant, and hundreds of permanent positions once it is up and running, this new facility will play an important role in Canada’s clean automotive sector well into the future,” said Trudeau. Credit: Justin Trudeau/Twitter.

This investment in eastern Ontario accelerates the province’s 10-year vision for the Driving Prosperity ― The Future of Ontario’s Automotive Sector plan. Phase 2 of Driving Prosperity, announced in November 2021, demonstrates the government’s ongoing commitment to transforming the province’s automotive supply chain to build the cars of the future, including the production of hybrid and fully battery electric vehicles, EV battery and component production, and increasing exports of Ontario-made auto parts and innovations.

This project is also strategically aligned with the government’s Critical Minerals Strategy announced in March 2022. This strategy will strengthen Ontario’s supply chains, attract new investment in the mining and manufacturing sectors, and build economic development opportunities for Indigenous partners.

“Canada and Ontario have all it takes for Umicore to establish a full-fledged, sustainable supply chain for battery materials, all the way from the mine right to the end-market of electric vehicles,” said Mathias Miedreich, CEO of Umicore. “The facility will help Canada and Umicore in their shared objective of achieving a carbon-neutral battery supply chain.”

Since 2020, Ontario has attracted nearly $14 billion in transformative automotive manufacturing investments, with upgrades and new technology for facilities across the province. This includes more than $11 billion in EV and EV battery investments.