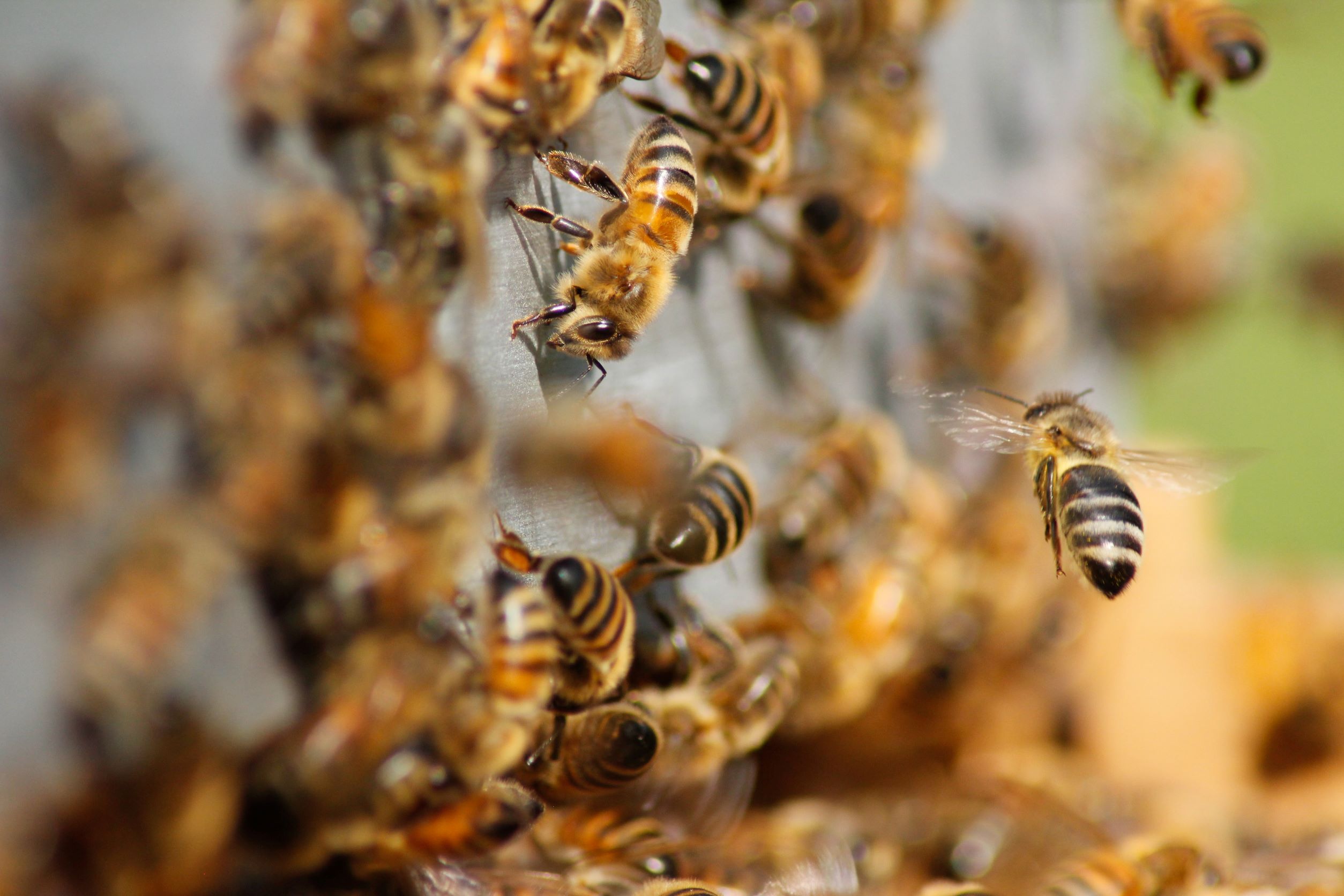 Vancouver, B.C – Honey bee colony collapse is a significant problem for Canada, and globally. Important crops including canola, blueberry, cranberry, almond, pear, apples and more, are dependent on the industrious insect for pollination. Unfortunately, the mite Varroa destructor feeds on bees at adult and juvenile stages, weakening them and transmitting deadly viral infections which leads to colony collapse.

Colony replacement costs, the least of our worries, amount to ~ $400 M per year in Canada and the US combined. The more concerning cost, lost pollination and the honey harvesting business, and the consequent decreased fruit crops, amount to losses in the billions annually. Beekeepers treat colonies against varroa mites every year when mite levels rise in the spring and fall but it is becoming much more difficult to manage the outbreaks.

There are only five widely used treatment options. One of these is showing signs of resistance, and two treatments are corrosive and difficult to apply. Effective integrated pest management (IPM) schemes are necessary to prevent the onset of resistance in mites and maintain good mite control, and these require the utilization of various treatment options in rotation. A Genome BC funded project, Identification of the target sites of a new acaricide against the honey bee parasite, Varroa destructor offers a novel, urgently needed tool in IPM.

“A new acaricide against varroa that does not visibly harm the bees and has no adverse effects in vertebrates has been discovered,” says Dr. Erika Plettner, project co-lead and a Professor of Chemistry at Simon Fraser University. “Our project aims to discover the efficacy of this new compound which we urgently need to get approved and put into practice.” Plettner is collaborating with Dr. Leonard Foster, project co-lead and a Professor in the Michael Smith Laboratories at UBC, to apply proteomics tools to identify the molecular target and determine how, when and where it can be applied.

The anticipated impact of this research will be a gamechanger in the beekeeping industry and beyond. Information about the new compound’s target site in mites is vital for registration with health authorities, the largest barrier to market entry for this new acaricide. Understanding the target site and mechanism of interaction will help the team, and end-users to further improve the product, its formulation, and the schedule of application in IPM schemes.

“Food security is a major concern for countries around the world,” said Federica Di Palma, Chief Scientific Officer and Vice President, Sectors at Genome BC. “Roughly one third of crops rely on bee pollination and addressing mite resistance is a major step forward in safeguarding colonies.”

The project will run until September 2023 so early learnings can be applied the next cycle of field testing. The project was funded through Genome BC’s new Pilot Innovation Fund (PIF). A core element of Genome BC’s innovation strategy, PIF is a funding program that fits into the landscape of programs offered by government(s) and others while matching the needs of the ‘omics ecosystem we support. The PIF aims to fund a diverse set of innovation projects with a credible probability of success.