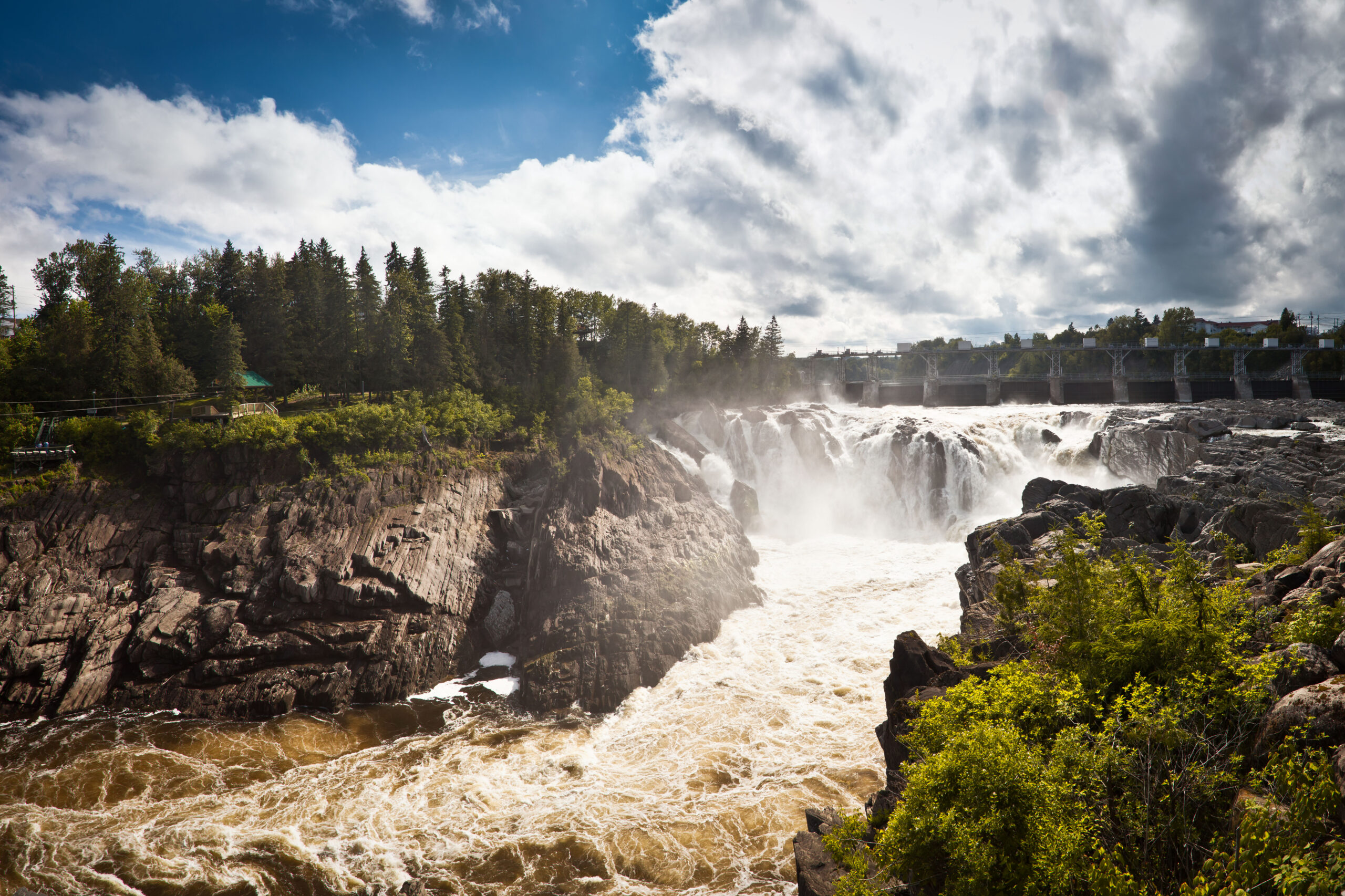 In 1923, the Maine Public Service (a bygone electrical utility) was keen to build a hydroelectric dam on the Aroostook River flowing east across the Maine-New Brunswick border, only they wanted to build it on the New Brunswick side. So, they struck a deal with the province – the dam would indeed be built in Canada, but before any of its electricity could be shipped back to customers in the United States, Maine agreed the first community serviced would always be the nearby Village of Perth-Andover, New Brunswick.

Almost a century later this charming compromise still stands. Sure, the so-called Tinker Dam has been bought and sold several times over, owned now by the Ontario-based Algonquin Energy, but Perth-Andover still gets priority when it comes to the sale of its power. This, among other things, has made for an altogether unique municipality.

They’re one of only three New Brunswick communities still operating its own electrical utility – the Perth-Andover Electric Light Commission – and are the only municipality in the province not buying any electricity from New Brunswick Power. Since the Tinker Dam supplies effectively all their demand, and since hydroelectricity is largely renewable, residents of Perth-Andover enjoy remarkably small carbon footprints, and a commanding lead in regional efforts to tackle climate change.

“It’s a source of pride for the community,” said Dan Dionne, chief administrative officer with the Village of Perth-Andover, but while this dam has blessed residents with clean consciences and generally lower electricity bills, it’s left them little in the way of low-hanging fruit. In order to reduce the community’s carbon footprint further, town council and staff had to get creative.

One undertaking is a heat pump rental program, wherein the municipality rents out 250 Fujitsu heat pumps to residents for five to eight years at a time, at reasonable rates which do not increase once the unit is installed. The program has the benefits of displacing less efficient, carbon intensive heating sources like woodstoves and oil furnaces, electrifying residential heating in a community with carbon free electricity, showcasing disruptive technology to the public and bringing it within the price range of lower income residents.

Another initiative is the installation of electric vehicle charging stations. In partnership with seven other Maritime municipalities, Perth-Andover is harnessing funds from Natural Resources Canada to purchase over a hundred chargers, perhaps a dozen or more destined for each participating community. The gasoline and diesel which runs through internal combustion engines accounts for roughly 65 per cent of Perth-Andover’s carbon emissions, and so the municipality is counting on an influx of electric transportation to make serious progress. 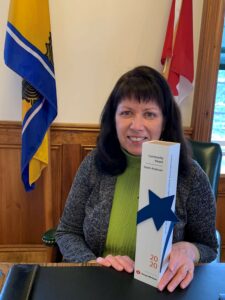 Perth-Andover’s own mayor, Marianne Bell, went so far as to buy a 2019 Tesla Model 3, the first electric vehicle in the entire community.

“Electric vehicles will be a significant factor in reaching our goal,” she said. “I expect increasing numbers of individuals purchasing electric vehicles for personal use in the years ahead, but we need more development of electric vehicles and equipment used for municipal services, like snowplows, garbage trucks, etc.”

The community’s major initiative to date was completing a series of retrofits to municipal buildings around 2010, including the civic centre, pool building, fire hall and municipal office, among others. This included heat pumps, heat recovery, solar panels, timed lighting, variable thermostats and other efficiency measures. When all was said and done, Dionne estimated the Town of Perth-Andover would save $17,000 a year in operation costs, and, in an inspired gesture, recommended some of that money go to community memberships at the pool and arena. Swimming and skating, he said, should be free in Perth-Andover for all residents, an idea town council enthusiastically approved.

See also  The Costs of Net Zero Driving: Are Canadians along for the ride?

“A win for the environment is a win for people’s health and wellness,” said Dionne. He has been approached and thanked many times since 2010 for the free memberships, particularly by parents who might not have afforded recreation for their families otherwise.

Perth-Andover has gotten so creative with its energy use – LED bulbs in streetlights, free blankets for residential hot water tanks, energy awareness campaigns for residents – that nonother than New Brunswick Power presented them the Community Energy Efficiency Award in April of 2021. 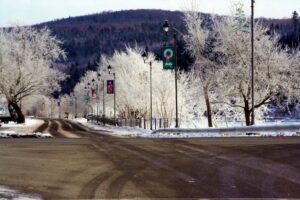 At present, Perth-Andover is working with QUEST (a national non-government organization working to accelerate the adoption of efficient and integrated community-scale energy systems in Canada) through its New Brunswick Smart Energy Communities Accelerator Program on ways to reach these targets. Among the most exciting opportunities, in Dionne’s opinion, is community based renewable power generation. If this proves to be feasible, their draw from Tinker Dam could be supplemented by community owned wind and solar projects, just in time to supply a growing number of electric vehicles and heat pumps.

These community renewables might take the form of solar gardens, he said, wherein residents pay for the addition of individual solar panels in exchange for proportional credits on their electricity bills. This brings an investment in renewables within the reach of most residents without the need to cover one’s roof in solar panels, install fresh electrical equipment or shoulder the accompanying costs. Regardless of the specific projects, Dionne is optimistic about 2035.

“The future is bright,” says Dionne. New Brunswick to Put a Price on Carbon Pollution from Fuels

Transportation Revolution: Take a page out of this book