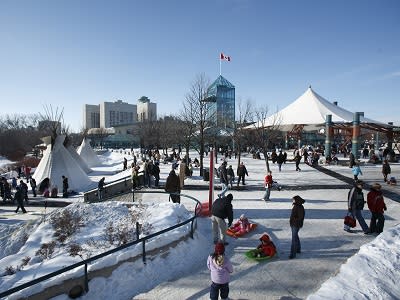 The Manitoba government is following through on its commitment to engage the next generation in the collective fight against climate change and has selected nine young Manitobans as members of the new Youth Advisory Council on climate. Conservation and Climate Minister Sarah Guillemard announced the new council on January 7, 2020.

“Young people want to be heard, and have valuable ideas and solutions to add to the discussion on mitigating climate change, locally and globally,” Guillemard said.  “Our government is committed to harnessing the energy, passion and perspective of our youth as we implement our Made-in-Manitoba Climate and Green Plan with the goal of making Manitoba our country’s cleanest, greenest, most climate-resilient province.  We were pleased to have so many applicants and welcome the involvement and excitement of the young men and women on the new Youth Advisory Council.”

The province received more than 85 applications and selected nine members who represent the diversity of the province with a commitment to make a difference.  The Youth Advisory Council members are aged 18 to 25, include students and young professionals, come from Winnipeg, Minto, Oakbank, Steinbach, Swan River and Thompson, and speak a total of six languages.

Members of the youth council will report to the already-established independent Expert Advisory Council, which makes recommendations to the minister of conservation and climate on all aspects of the climate and green plan including the pillars of climate, jobs, water and nature.

The minister said the council will meet in early 2020 to begin its important work.