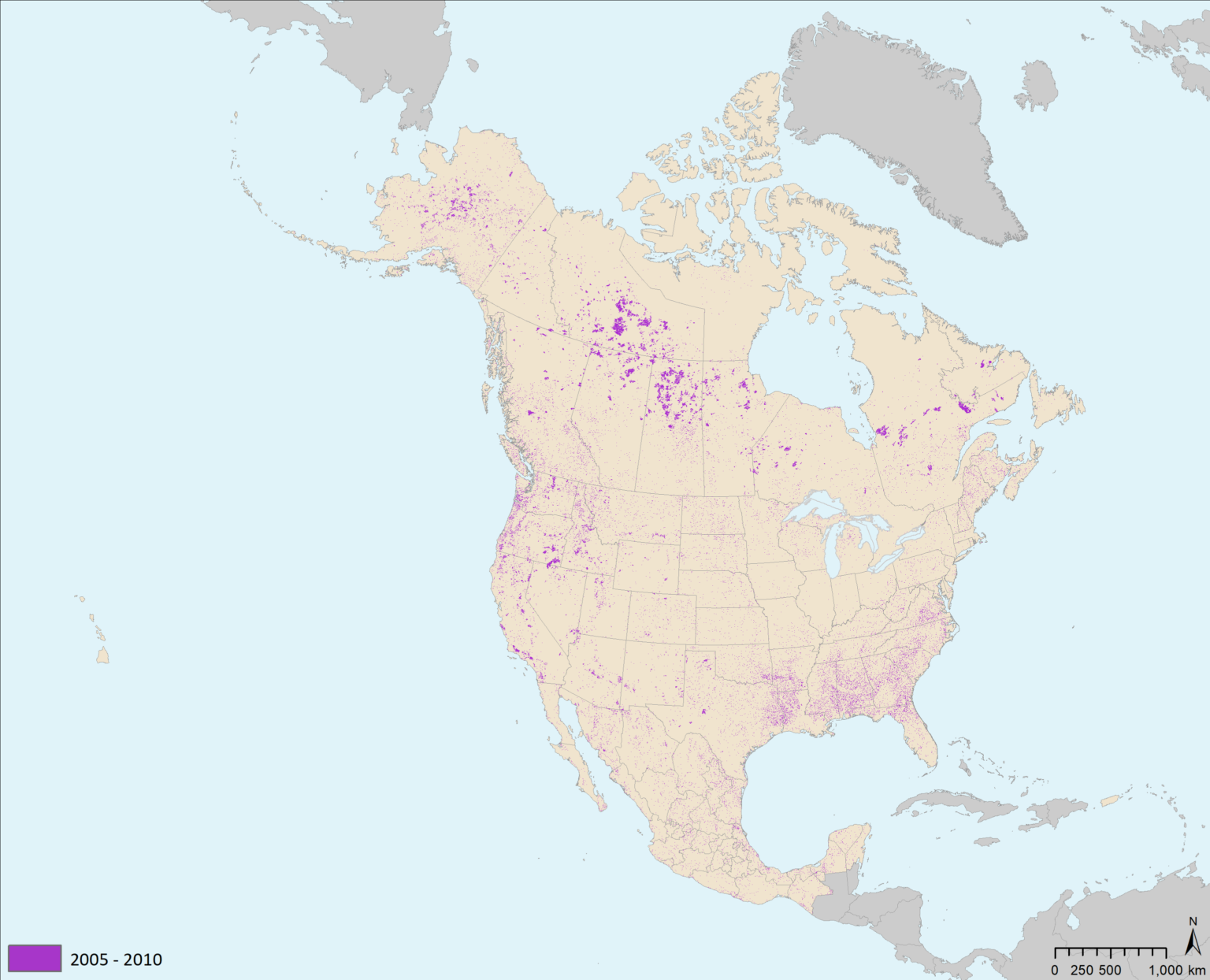 The maps tell a story of changes in the North American environment over the time period of 2010 – 2015, including: landslides, oil sands expansion, water-level changes, deforestation or forest recovery, conversion to cropland, mining expansion, and much more.

All these changes are captured by satellites, and thanks to trinational collaboration, these maps now provide valuable resources for a variety of environmental research.

These new geospatial maps, created from a composite of images assembled from satellite observations (Landsat), depict land cover change across North America from 2010 to 2015 at a 30-metre spatial resolution.