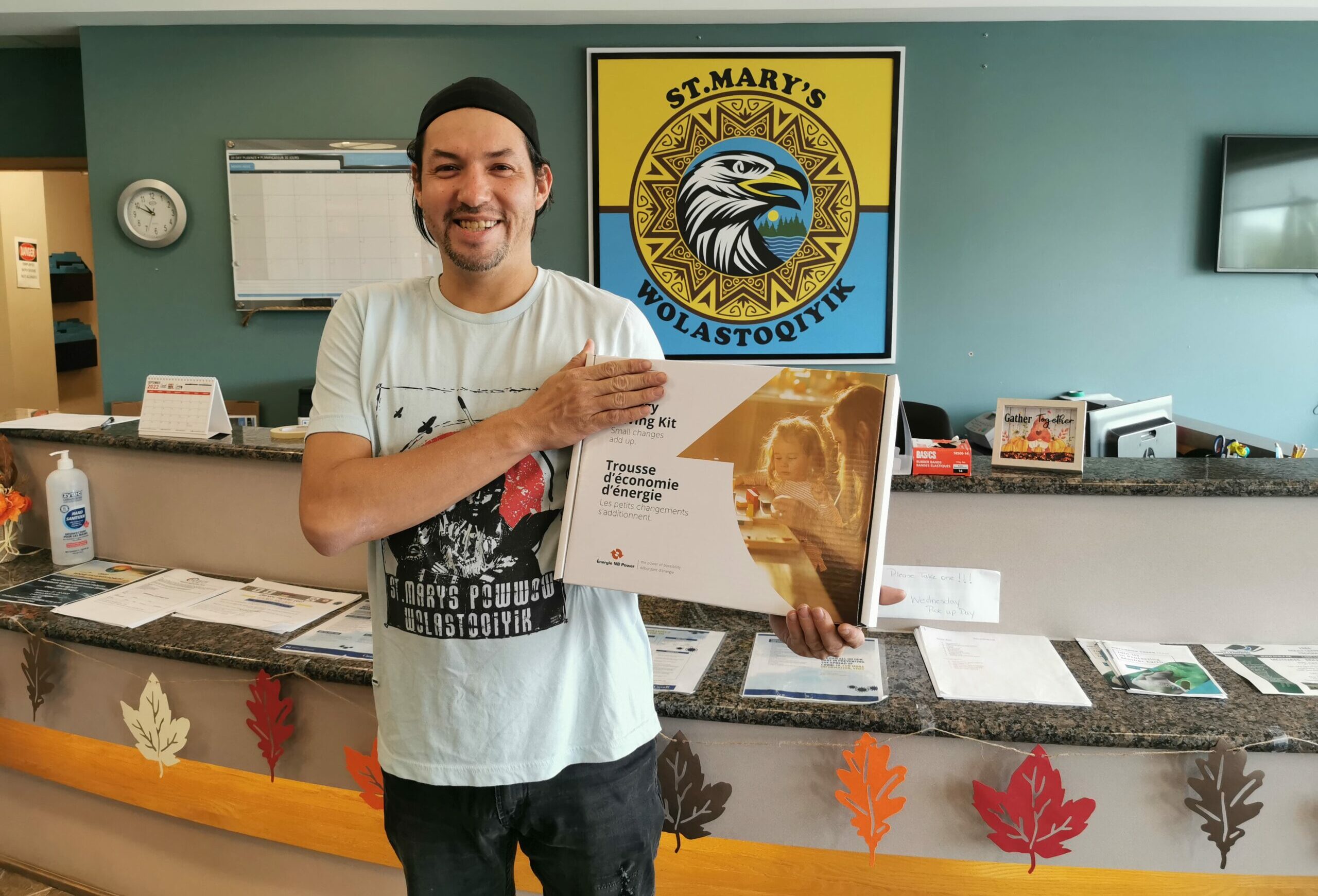 Sitansisk (St. Mary’s First Nation) rests off the shores of the Wolastoq (Saint John River), much of it within the city limits of the provincial capital, Fredericton, New Brunswick. To the members of this community, the Wolastoqey (Pronunciation: wool-lastwo-gway) people, climate change poses an existential threat to their culture and way of life.

Warming waters, shoreline development, and mismanagement of resource exploration projects have already led to loss of salmon stocks, hunting grounds, and access to numerous cultural sites within their territory. It’s for this reason there is a growing demand for action on any available fronts to reduce the impact of humanity on its environment.

Sitansisk recently hired Brett Collins, one of approximately 2,000 members, as efficiency coordinator with the directive to develop a Community Energy Plan (CEP) following a pilot project in 2021. Since then, there has been an influx of collaborative efforts made with key partners such as NB Power, Natural Resources Canada (NRCan), and non-governmental organizations such as QUEST Canada. Collins said while energy planning wasn’t a field he ever imagined working in, he’s happy to help reduce expenses and battle climate change simultaneously. Through its partnerships, the community has started to flesh out the content and goals of its CEP.

Collins has spoken with Elders who point to traditional Wolastoqey values and lessons on being mindful of one’s impacts on the world. These elders said this was reflected in all facets of Wolastoqey culture, including the efficient design of traditional lodging.

“They said our traditional homes were more efficient than European homes during colonization, but they weren’t the style Europeans wanted to build. Now people are paying big bucks to stay overnight in [geodesic] domes that aren’t much different from our Wigwams.”

Collins explained that efficiency of residences has been at the forefront for him since the outset. This is partly due to his first project in partnership with NB Power to deliver energy efficiency kits to each home. “It was a fairly hands-on approach. I went door to door and delivered the kits to each home and got a lot of feedback,” said the efficiency coordinator.

This project led to opportunities to connect with community members and get their input on what the people would like to see in terms of energy planning and is incorporating the input into his CEP, which he views as both a starting point and a living document.

He praised NB Power for assisting with providing the kits, which were straightforward for residents to use. They contained items such as LED lighting, a power bar designed to eliminate phantom power draw caused by devices such as Smart TVs and cable boxes, and insulation material for wall sockets, windows, and thresholds. A second partnership with the provincial utility was also undertaken, with energy audits and blower door tests being conducted on select homes in the community to help provide a baseline on what areas could use improvement

Collins said community members have been supportive of this initiative. The energy audits provided insight into what areas of homes are most in need of improvement. “Now people are interested in these tests and looking at what they can do to upgrade their homes.” Collins added that there has also been strong demand to look at renewable energy within Wolastoqey territory.

“A lot of people really want to see some green energy [generation] in Sitansisk, mostly through solar, but some people mentioned construction of wind turbines somewhere outside the residential part of our community.”

After seeing results of audits delivered through NB Power, Sitansisk has begun planning energy audits of all its homes as part of its application to the Greener Homes Grant administered by NRCAN. Collins said he is waiting for additional information, but the application for the grant program has been approved. The total project is expected to provide approximately $2 million in energy auditing, insulation, and other efficiency upgrades.

Tim Plant, resource development consultation coordinator and natural resources officer for Sitansisk originally helped pitch the idea of energy planning to the community’s elected leadership. Plant has also worked alongside Collins intermittently since the outset of the CEP program and assisted with some of the administrative tasks involved with applying for funding and grant programs.

As a result, the community developed an overarching strategic plan that involved looking at the energy usage of the community. Plant said he made his case partly as a matter of finances.

“We’re paying the power for many of these homes and if we get those costs down, we can use that money elsewhere,” said Plant. “For every dollar of own-source revenue (funds generated by economic development) saved, another dollar can be allocated to other projects.”

“Brett’s program started because there was a bit of shock value when you see how much energy some homes were using, but it’s a much bigger issue than that,” he added.

Plant called the expenditures on power near crisis levels despite a strong desire from community members to reduce their environmental impacts. Plant said he sees the program as an opportunity to promote Wolastoqey values.

“Leadership recognized this as an opportunity to promote some positive change for Sitansisk and it acted as a catalyst for the creation of his role, and fortunately we work well together,” explained Plan.  “Brett comes in, pitches an idea and I tell him if I think it’s good or not. If it’s good, he goes ahead and we flesh it out, if it’s not good, we figure out how to pursue those ideas in a different way.”

Sakom (Chief) Allan Polchies of Sitansisk has since issued a statement which said good environmental stewardship is a core tenant of traditional Wolastoqey culture.

“Any effort we can take to ease the burden on our territory in Turtle Island is worth considering,” said Polchies, “We always need to think about the youth and the coming generations of Wolastoqey peoples, if we want them to enjoy our unceded and unsurrended territory, this type of long-term planning is crucial.” 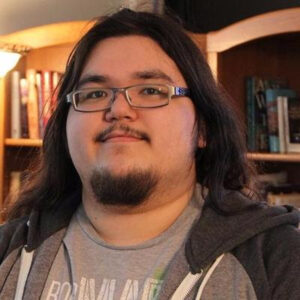 David (Brooks) Bardwell is a writer hailing from the Wolastoqey community of Sitansisk (St. Mary’s First Nation). He holds a bachelor’s degree from St. Thomas University in Fredericton, New Brunswick in Political Science and Journalism and New Media and is undertaking a master’s degree in Environmental Management at University of New Brunswick with the intent to utilize his skills to empower underrepresented groups in the public eye.