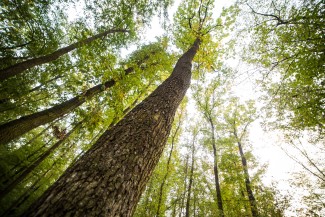 Work is underway to enhance forest resilience to protect against the effects of wildfire and climate change in northern British Columbia.

Through a provincial investment of $25 million, the Forest Enhancement Society of BC (FESBC) has funded 22 new community projects, including one in the Omineca Region and one in the Skeena Region. This includes work to reduce wildfire risk, while enhancing wildlife habitat, reduce greenhouse gas emissions from slash pile burning, and support forest recreation and ecological resiliency.

“The Forest Enhancement Society of BC is a proven partner in delivering projects on the ground that protect people from wildfire risks and reduce emissions from slash pile burning,” said Katrine Conroy, B.C.’s Minister of Forests. “Along with the historic investments in Budget 2022 to transform the BC Wildfire Service into a year-round service and double funding for proactive wildfire prevention, these new projects funded by FESBC will help build communities that are safer and more resilient to climate change.”

Wildfire-mitigation projects funded in the Skeena and the Omineca Regions include:

“FESBC is thrilled that communities in these regions will be able to continue this important work to reduce their wildfire risk to better protect their residents and important infrastructure,” said Steve Kozuki, executive director of FESBC. “These newly funded projects take a proactive approach to reduce the risks of wildfire and many will also improve wildlife habitat, increase the health of forests so they are more resilient to climate change, and use the left-over wood waste to make green energy. Achieving multiple objectives is good forest management and good value for money.”

Work has already begun and all projects are expected to be complete by March 2024. To date, approved funding from the FESBC 2022-23 Funding Program totals $14 million. Additional applications through the FESBC portal are welcome and will be accepted until the $25-million fund has been allocated.

As part of the CleanBC Roadmap to 2030, the province will work toward near elimination of slash pile burning by 2030 and will divert materials away from slash piles and into bioproduct development. This will reduce air pollution and greenhouse gas emissions, while creating new opportunities in British Columbia’s expanding forest bioeconomy.

The $25 million provided to FESBC is a component of $359 million announced in Budget 2022 to protect British Columbians from wildfires, including $145 million to strengthen the BC Wildfire Service and Emergency Management BC.