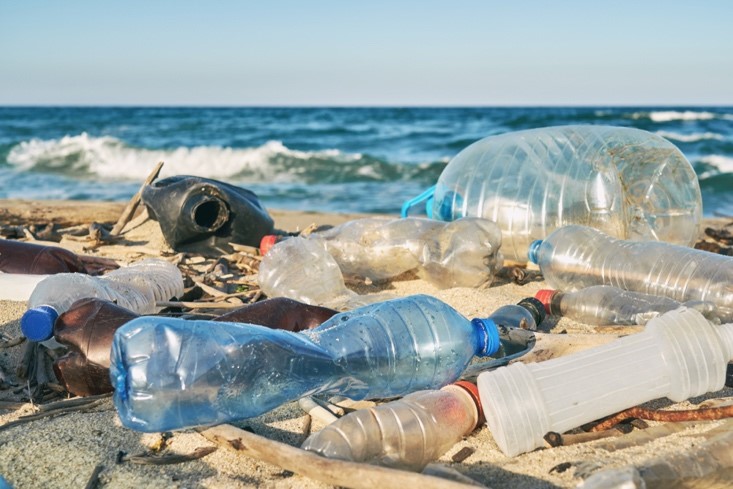 An international group of experts says the production of new plastics should be capped to solve the plastic pollution problem. The authors argue that all other measures won’t suffice to keep up with the pace of plastic production and releases. The letter was published in the journal Science.

Two months after the United Nations’ historic decision to adopt a global treaty to end plastic pollution, which included Canada’s support, governmental negotiations on the agreement are set to begin on May 30th. These will foster intense debates on what kind of measures will be needed to end the pollution of the air, soils, rivers and oceans with plastic debris and microplastics.

In a letter to the journal Science, an international group of scientists and experts now argue for tackling the issue right at the source, by regulating, capping, and in the long term phasing out the production of new plastics.

“Even if we recycled better and tried to manage the waste as much as we can, we would still release more than 17 million tons of plastic per year into nature,” says Melanie Bergmann of the German Alfred-Wegener-Institute, the initiator of the letter. “If production just keeps growing and growing, we will be faced with a truly Sisyphean task.”

Research published in Science in 2020 shows that plastic emissions can only be cut by 79 per cent over the next 20 years if all solutions available today are implemented, including replacing some plastics with other materials, and improved recycling and waste management.

“The exponentially growing production is really the root cause of the problem, and the amounts of plastics we have produced thus far have already exceeded planetary boundaries,” says Bethanie Carney Almroth of the University of Gothenburg in Sweden. “If we don’t tackle that, all other measures will fail to achieve the goal of substantially reducing the release of plastic into the environment.”

Phasing out the production of new plastics from fresh feedstocks should be part of a systemic solution to end plastic pollution, the experts from Canada, Germany, India, Norway, Sweden, Turkey, the UK and the U.S. argue. This approach is supported by the best science available today and in line with what political and legal experts proposed in Science last year.

Along with measures to address the consumption and demand side of the problem — such as taxes — a comprehensive approach must also cover the supply side, meaning the actual amount of plastics produced and put on the market.

Gradually cutting the production of new plastics will come with many societal, environmental and economic benefits, the scientists say.

Sedat Gündoğdu of the Cukurova University, Turkey, says “The massive production also feeds the plastic waste transfer from the Global North to the South. A production cap will facilitate getting rid of non-essential applications and reduce plastic waste exports.”

Funds to Turn Old Plastic Into New Opportunities in B.C.